Doris Simeon is one of Nollywood’s sexy
actresses. Several months ago, her marriage to Daniel Ademinokan packed
up when the news hit the streets that he was in a hot affair with one of
her colleagues, Stella Damasus. Not only did her marriage crash, Daniel
and Stella have since relocated abroad to live as husband and wife. The
scenario didn’t stop there, Doris’ only child was taken away to the U.S
with them. This left Doris devastated for a while, but she has bounced
back. In this interview with City People,
the pretty actress opened up on her
marriage, and more.
How was growing-up for you?
I grew up in Ojota and growing up for me was very interesting and
comedy-like, from a ghetto kind of home. I learnt a lot of things from
that environment, it was really fun for me. Living in a
face-me-I-face-you house, whenever you put the experience together, it
is always like a movie and then you hear other people’s silver-spoon
story but I think the ghetto own is the best. You gain a lot of
experience from people you grew up with, “Aunty Adugbo” and “Uncle
Adugbo”. It was really fun for me.
You seem to have moved on after your marriage break-up, what really led to the break-up?
Obviously, life, goes on. Shit happens. If it is not working well, walk
out of it. You don’t have to die on whatever it is. It is just one of
those things.
What has kept you going after all the controversies?
My God and the advice of my parents. Though, they are late but their
prayers and the way they groomed me to this level before they passed on
has really kept me going.
How where you able to stand after the whole saga?
It is not easy but I just had to sit up and think about it,
if you die in your agony what would be left for whoever you have behind. It is
better to sit up. That is why they said, ‘when there is life, there is hope’.
Sit up and think of the next step you have to take and think of how to be a
better you and affecting people’s lives positively.
Did you think it could happen?
Nobody would ever think of anything bad to themselves.
Everything that happened, God knows it.
Did you see any sign about what happened?

Stella Damasus speaks on the “Assassination attempt” in her Abuja home

Days ago, Stella Damasus' home in Abuja was invaded by hired assassins, they wanted to 'Shut her Up' for always speaking against the government when it comes to social ills in Nigeria.
In a press statement sent out to BN, the actress who is currently based in the US, confirmed the story and said...
"All I will say is that no matter
what anyone tries to do, it will not stop me from speaking the truth and
standing up for the rights of women and young girls. These are the kind of things that
make people scared and run away from standing up for their rights. It’s a
pity that...
Click to Continue Reading
News

Pre-wedding photo sessions that we LOVE!

By Tireni Adebayo
So we found some creative pre-wedding photos sessions and decided to share them with y'all...we intend to do this every month
People often ask  the purpose of a Pre-wedding
shoot. Is it needed?
What added advantage does it induce? Can we skip a
Pre-wedding shoot blah blah blah. Well, photographers have different answers to
that.

To Akintayomi "My answer is simple. Firstly so I can chop your money, secondly so I can
chop more money....lol. Ok let...
Click to Continue Reading
News 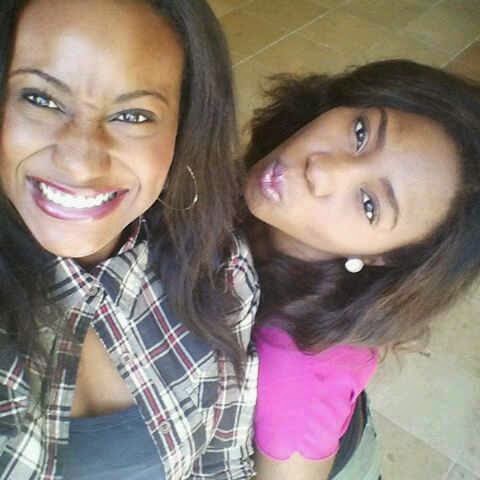 Armed gunmen in a blue Honda with registration nos HR152ABC on Sunday abducted the
two ladies pictured above, Ejura Opaluwa and Unekwu Opaluwa ( Ejura is a medical student at St. Lucia University, South
America while Unekwu is a Covenant University student, studying
Economics) from their
home in Karmo Abuja. Their dad is Engr Samson Opaluwa, a
Director in the Federal Ministry of Works.

Their uncle, Mr Atayi Opalwah says "the gunmen, numbering about 5, at about 5 p.m. stormed
the young ladies' parents' home at Associated Estate, No. 55, Impresit
Camp, Karmo, Abuja to rob them.  After the robbery, they were dissatisfied with the amount
of money they got...
Click to Continue Reading