The internet is now a numbers game. It’s been so ever since content became the new way to make money online. This mommy blogger, Lacey Spears, 26, however took her pursuit of traffic one step too high.
She has been deliberately and fatally poisoning her young child in order to garner sympathy and attention online.

For various reasons, ranging from ear infections and high fevers
to mysterious spikes in sodium levels, five-year-old Garnett
Spears was in and out of hospitals ever since he was born.
Although doctors were generally at a loss as to why – the boy
also had trouble gaining weight and, as a result, had a feeding
tube put in place – police now believe they know what was behind
at least some of the problems: his mother.

After an investigation that began even before Garnett’s death on
January 23, New York police have accused mother Lacey Spears of
purposely poisoning her son with too much salt. The 26-year-old
Spears has been charged with second-degree depraved murder and
first-degree manslaughter, charges to which she pleaded not
guilty on Tuesday.

Father Mbaka warns politicians to stay away from his Adoration Ministries

“This mother was intentionally feeding her son salt in toxic
levels,” said Assistant District Attorney Doreen Lloyd in
court, according to the Journal News.

Officials also believe Spears suffers from a psychiatric illness
known as Munchausen by proxy, which involves a parent
deliberately harming or making their child sick in order to get
attention. In addition to gaining sympathy from those around her,
Spears regularly blogged about Garnett’s worsening condition,
posted updates regarding her son on Facebook and Twitter.

“Her behavior was just weird in the hospital,” one
friend told the Journal. “It was not the behavior of a
grieving mother. She was more concerned about what everyone else
was saying, or what investigators were asking people, or what
people were saying on Facebook, than putting all that aside and
taking care of her child.”

One of Kefee's colleagues - has just given us an insight into the last days of Kefee in the US and before she went into the coma that led to her death.

"So sad, this has got to be one of the saddest moments in my life. There
should be some corrections though. She was on a flight from Los Angeles
to Chicago, but she collapsed and was taken to a hospital in Las Vegas.
She died in Vegas but she didn't die pf pregnancy complications.  I was with her the
day before she collapsed. She had been in Los Angeles already. She
performed at Gospel Faith Mission House of Testimony on Sunday.

The next day, Monday, she was shooting a music video in Hollywood, CA. I
was one of her...

We bet you all didn't know that Mercy Aigbe and Mide Funmi-Martins are best pals, as a matter of fact of fact they are sisters from different mums - yeah they are that close.

They feature in each other's movies, attend functions together, support each other through thick and thin and yes they are
both very close to Pasuma Wonder, they call him 'Big Brother'. 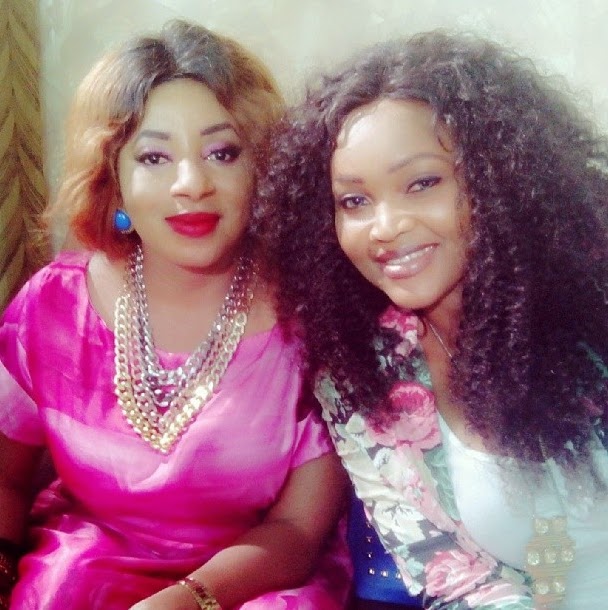 "Mercy is my sweet and very good friend, always supporting me" Mide says.

To Mercy, Funmi is that colleague you can count on. In the...

Ejura and Unekwu Opaluwa were abducted by five gunmen on the 8 June from their house in Karmo, Abuja. The gunmen had carried out a robbery attack on the family and were said to be dissatisfied with the amount of money found and thus abducted the girls. Their abductors had first asked for a N200 million ransom but
they later called the family and reduced it to N150 million.

The news of the return of the girls, 23-year-old Ejura Opaluwa and
19-year-old Unekwu Opaluwa, was announced by the family on Tuesday. The