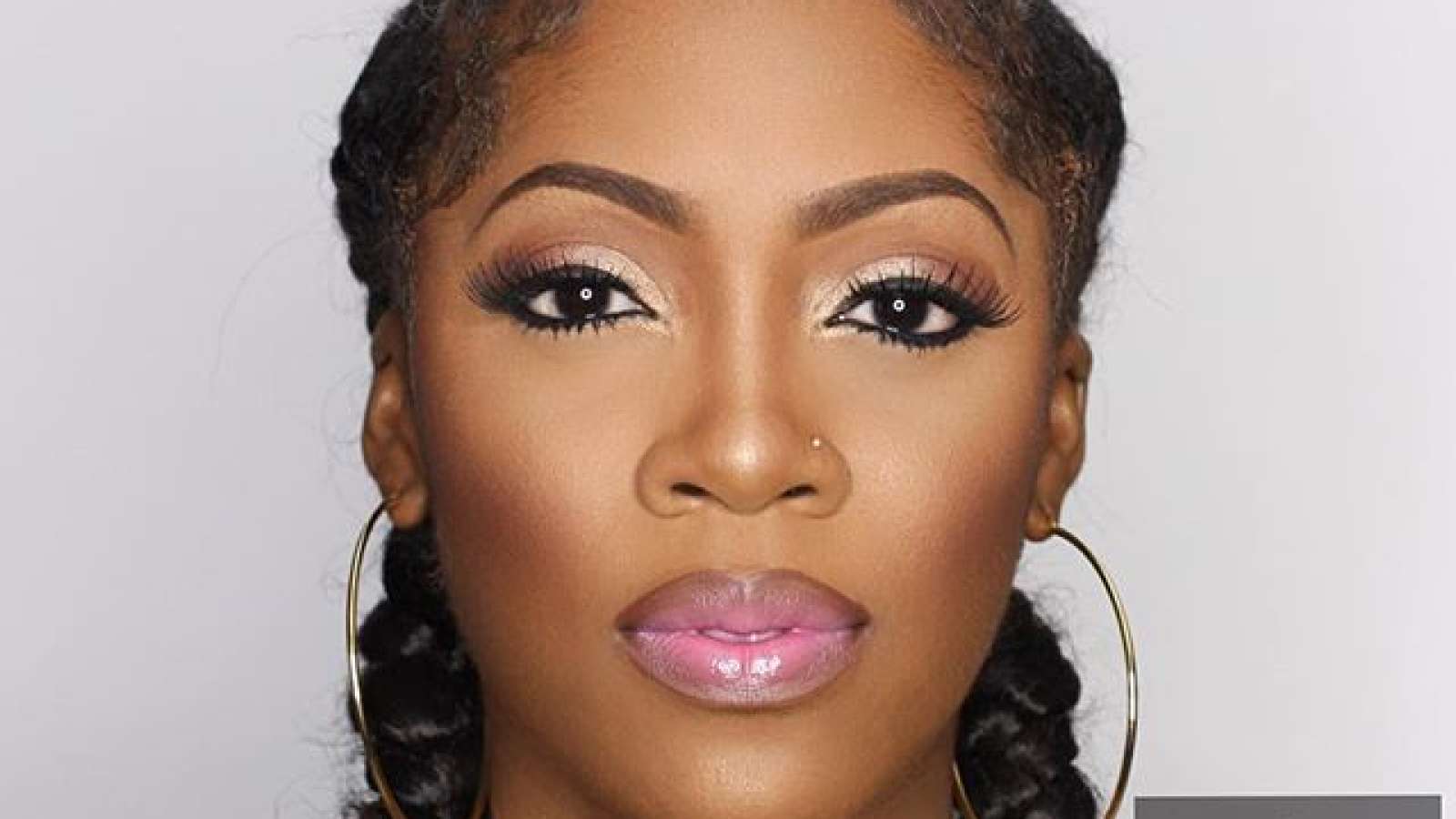 Newly wed singer, Tiwa Savage disrespected her hubby and shocked her audience by giving her lucky male
fan a taste of her ‘goodies’ while performing live on stage at the Star
Music Trek event which held in Anambra state last weekend.

Rocking a green shiny revealing dress, she engaged the fan in seductive dance moves. You can watch the video HERE.
Seriously, we were disappointed too….she’s in showbiz, yeah we know, but she is married now and there should be a limit to all these…she should at least respect her hubby!
So far, the raunchy photos of the dance have stirred up controversy on
the social media and her fans are not so pleased with the act.

Not moved by the reactions, Tiwa Savage says she hasn’t even started!

‘And before all you- i-too-sabi come on here saying I am a celebrity
and I should expect public scrutiny; that’s all well and good if the
public have the right information, but they don’t most of the time. I’m
off to the beach to show more of my bikini body. Because I’m married, I
should turn into a nun, abi? Maybe, if you worked on your body, your
husband will not be drooling over me‘, she wrote on her Instagram page.
It has been revealed that Tiwa is set to premiere her latest video
‘Wanted‘ few days from now.
Report also says the video is Tiwa’s most
sexually suggestive music video so far.
‘It’s racy. Tiwa went all out on it, it will definitely stir some controversy,‘ the source revealed.