So we found this interesting article written by a certain Femi Aribisala and decided to share it here.
Enjoy it below:

Beloved Christians: stop calling your pastor “Daddy.” You must have no other Father but God.
Pastor Adeboye of Redeemed Church testified
that for some time all his children were girls. When he finally had a
boy, he quickly became his favourite child. But one day, the boy fell
sick. The more Adeboye prayed for his healing, the worse he became.
Finally, he cried out to God: “Why won’t you heal my son?” The Lord
replied: “Because he is your son, I won’t heal him.” Therefore, Adeboye
quickly changed his line of prayer. He declared that the boy was God’s
son and asked God to heal him. When he did this, the boy was healed.
God’s message here is crystal clear: the
children we presume to be ours are actually God’s children. We are just
their guardians. This makes it all the more surprising that virtually
everyone in Redeemed Church still refers to Adeboye affectionately as
“Daddy G.O.” But if Adeboye is not allowed to be father to his
biological son, how can he be “Daddy” to other peoples’ children?
Surely, everybody in Redeemed knows that Adeboye himself has no other
Father but God. Time and again, Adeboye has insisted he should not be
called “Daddy,” but his church-members have simply refused to listen.
New Birth
Jesus defines parentage strictly from the
eternal perspective. As usual, he presents a dichotomy between sons of
God and men. Heavenly fatherhood links us to God and makes us sons of
righteousness. Earthly fatherhood ties us to the devil and makes us
slaves of sin. (John 8:32-34). Jesus warns that: “a slave has no
permanent place in the family, but a son belongs to it forever.” (John
8:35). This means those who persist in earthly father/son relationships
cannot expect to spend eternity with the heavenly Father.

Jesus insists his disciples must have no other
Father but God. We must repudiate all earthly fathers of whatever
description in preference for the one true heavenly Father. The kingdom
of God is open to sons of God but closed to sons of men. Jesus says:
“Unless you are converted and become as little children, you will by no
means enter the kingdom of heaven.” (Matthew 18:3). Sons of men have to
be “born again” in order to become children of God. (John 3:3-5).
The “new birth” has its own kingdom dynamics.
Children of God cannot be children of men simultaneously. Neither can
they be fathers of men. Jesus insists: “that which is born of the flesh
is flesh, and that which is born of the Spirit is spirit.” (John 3:6).
“Men of God” do not inherit the kingdom of God. Jesus’ salvation
involves men receiving the power to become children of God. (John 1:12).
Thus, the bible begins in Genesis with a son of God in the garden, but
ends in Revelation with a Son of God on the throne.
Our Father
Jesus said to God at the end of his ministry:
“I have manifested your name to the men whom you have given me out of
the world.” (John 17:6). “I have declared to them your name.” (John
17:26). The name Jesus declares to his disciples is “our Father.” He
reveals that God is no longer classically “God;” distant, foreign and
fearsome. He is now “our Father;” close, intimate and loving. Therefore,
Jesus gives us a new directive. He says: “When you pray, say: our
Father in heaven, hallowed be your name.” (Luke 11:2).
The name we are now required to hallow is
“Father.” It must be of exclusive application to God and to God alone.
Jesus says categorically: “Do not call anyone on earth your father; for
one is your Father, he who is in heaven.” (Matthew 23:9). Since
obedience is the key to divine sonship (Matthew 12:48-50); this
directive must be strictly adhered to by all believers.
We choose to be sons of the heavenly Father by
consciously acting the way God does. Jesus says: “Love your enemies,
bless those who curse you, do good to those who hate you, and pray for
those who spitefully use you and persecute you, that you may be sons of
your Father in heaven; for he makes his sun rise on the evil and on the
good, and sends rain on the just and on the unjust.” (Matthew 5:44-45).
Rejection of men
It is like Father, like son. Jesus told the
Jews: “If you were Abraham’s children, you would do the works of
Abraham.” (John 8:39). If we do the works of God, then we are God’s
children. If we don’t, we are not. Since the Father is merciful to all
without discrimination, we must also be merciful if we are his children.
Jesus says: “If you love those who love you, what reward have you? Do
not even the tax collectors do the same? And if you greet your brethren
only, what do you do more than others? Do not even the tax collectors do
so? Therefore you shall be perfect, just as your Father in heaven is
perfect.” (Matthew 5:46-48).
This means we must reject totally the ways of
men and no longer be subject to their dictates. Jesus makes the
resulting alienation from earthly fatherhood an absolute requirement for
discipleship: “If anyone comes to me and does not hate his father… he
cannot be my disciple.” (Luke 14:26).
Jesus only promises eternal life to those
prepared to forsake all natural relationships. He says: “No one who has
left home or brothers or sisters or mother or father or children or
fields for me and the gospel will fail to receive a hundred times as
much in this present age (homes, brothers, sisters, mothers, children
and fields- and with them, persecutions) and in the age to come, eternal
life.” (Mark 10:29-30). Significantly, there is a singular exception in
the case of relinquished fathers. The heirs of eternal life relinquish
their earthly fathers but do not receive a hundredfold return as with
other relatives. We relinquish our earthly fathers in order to have only
one Father; our Father in heaven.
A living parable
Kenneth King, my wife’s “old man,” was in his
late-seventies and in poor health. He lived in Guyana and had to
undertake dialysis twice a week. This was very expensive and the costs
were virtually bankrupting him in his retirement. My wife and I
discussed the matter, wondering how we could raise money on a regular
basis to send to him. In Lagos, dialysis costs 30,000 naira (250
dollars) a session, so the sums involved were too much for our lean
resources.
I ended the discussion by telling her: “Look
Karen, there is little we can do in this matter. God will provide.”
Suddenly the Holy Spirit interjected and said to me: “Femi, don’t say
God will provide. Say Our Father will provide.” I immediately relayed
this to my wife: “The Holy Spirit says Our Father will provide.”
The next morning, she got an email from
Georgetown. The government of Guyana had decided to take over the
funding of Kenneth King’s dialysis treatment in appreciation for his
past services to the country. Immediately, the Holy Spirit said to me:
“Your Father has done it.”
Beloved Christians: stop calling your pastor “Daddy.” You must have no other Father but God.
Pastor Adeboye speaks on the Xenophobic attacks in South Africa

"Mrs
Lucy Ademinokan. My prayer warrior and partner. You taught me patience
and endurance and helped me understand the power of the name of Jesus.
Thank you for your love and kindness." Stella posted some minutes ago!
Daniel Ademinokan also has this to say about his mum:

"Happy
Mothers Day to you mummy! Your are truly the best mother anybody can
every hope for. Your photograph should be right next to the word
'mother' in the dictionary.

Through thick and thin, through fire and rain, you have stood by me with
your prayers, love and words of wisdom. When I tossed my college degree
aside to chase my dreams as a filmmaker, you didn't kill me with
disheartening words instead all you said was "whatever you do, make... 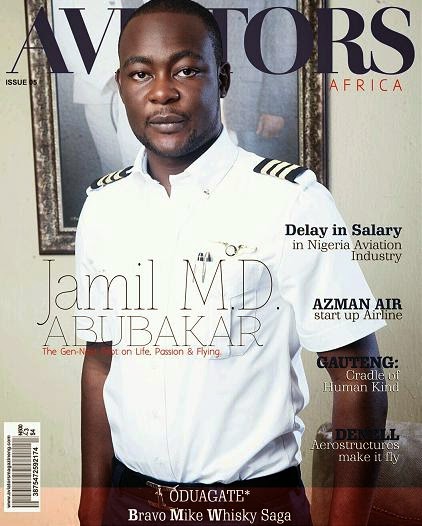 The aircraft, Fokker 100, belonging to IRS airlines crash-landed
yesterday night around 7:30pm in Niger Republic on its way back to
Nigeria after C (maintenance) checks.

The two people on-board the aircraft, the pilot and co-pilot, survived the crash.

When the Police Boss was contacted, he confirmed the incident, saying
he was full of gratitude to God for preserving the life of the pilot
and his son, the co-pilot.

Jamyl had on May 8th tweeted photos of the brand new looking 5N-SIK plane after a test flight.

He excitedly announced it was the best looking aircraft he had seen. 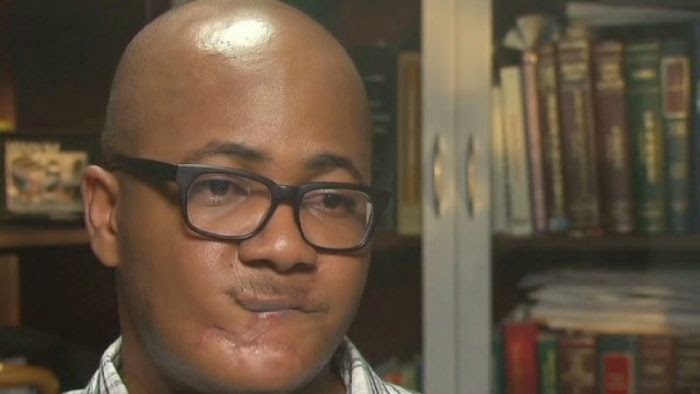 Ikenna Nzeribe was the sole survivor after assassins from Boko Haram
stormed his Nigerian church in 2012, just 60 miles from where the
jihadists last month abducted more than 200 girls.

In an interview with CNN, he told his sad yet triumphant story.

The church massacre remains vivid for Nzeribe three years later — as are
the scars on his face, neck and arm. The Muslim extremists fired shots into the air and shouted “Allah Hu Akbar,” or God is great.  Nzeribe and 13 other Christians hit the floor.
They were mourning how Boko Haram earlier had killed three fellow
Christians,...
Click to Continue Reading