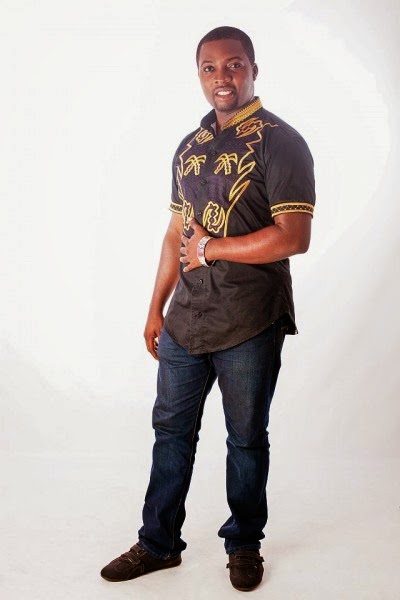 The name Frank Rajah Arase rings a bell in Ghana as one of the best
film-makers who have made great impact in the African movie industry.
Although many think he is a Ghanaian due to his exploits in Ghollywood,
Frank hails from Edo State in Nigeria and is happily married to a
Nigerian.
In a recent interview with City People, he disclosed how much he now detests ‘nudity in Ghanaian movies’ and how he turned the likes of Van Vicker, Yvone Nelson, Jackie Appiah into celebrities.

“Well Heart of Men was actually my movie and we projected nudity in a
very daring way. Before then, I got lots of mails from some of my
foreign fans who said we love your movies but instead of creating love
scenes where you have to put people under the blanket, take off those
scenes but if you have to show the scenes, make it close to reality.
That was one flaw people saw in my movies so I was like lets try to make
this happen and maybe the devil was at work that day because everybody
just complied and we started shooting, it wasn’t planned and it was one
of those 5 mins madness so we shot it and after that, it was like an
open door for a lot of nudity in our movies and I felt terribly bad for
pioneering it and I have since cautioned myself.
Till date I will never do movies with deep kisses talk more sex.I even
had serious problems way back at home with my family over that movie, it
was terrible and one of those hit movies I didn’t want people to always
remember me with. Am doing my very best possible to create an image
that people will see and not frown their faces. ” he said.
He further disclosed how he turned the likes of Van Vicker,  Yvonne Nelson, Majid Michel into celebrities.
“…in Nigeria, you have the likes of Genevieve
Nnaji, Rita Dominic and co, these are commercial faces and I want to
create the likes of those in Ghana, I want to differentiate them so we
can use them to sell movies here too. So I was like ok let’s sign a
contract which we did for 2 years, and later I made it 4 years. The contract was to groom some actors in Ghana and make them stars, we
agreed and called for audition, where we picked the likes of Jackie,
Nadia Buari,Van Vicker, Kalsum Sinare, Kofi Adjorolo, Majid Michel was a
stand by then.
After the audition, they were the characters I picked,
so after picking them we took them through series of productions from
Mummy’s Daughter to Beyonce and all of that. That was how the journey
started and later on we brought on Majid and then Yvonne Nelson, Juliet
Ibrahim, Frank Arthus, Martha Ankomah and just like that  we continued.
That was how we started with all of them and today, they are big.”
READ
Former Speaker, Yakubu Dogara Dumps PDP, Joins APC
Tags
frank arajah ghanain movie stars Ghollywood nudity in ghanaian movie the nonsense in ghanaiaan movies

Juliet Ibrahim sets Internet on fire with her pre-birthday photoshoot…