Nigerian guys are really starting to get creative when it comes to proposing – aww! 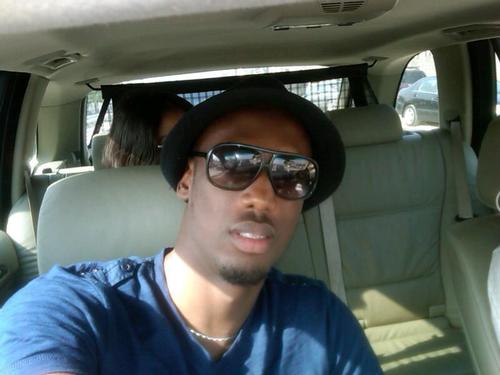 So this couple  Richards
Ugochukwu and his fiancée Ihuoma, are presently trending on twitter….they have got an amazing and aww-racious love story! 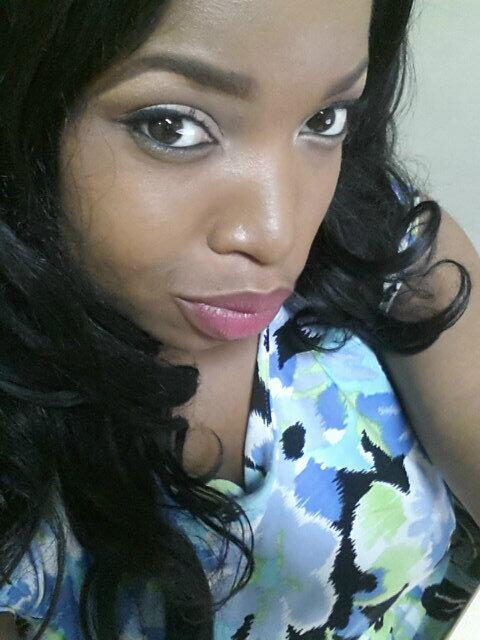 He began the proposal by telling their beautiful love story on twitter – he started last night and ended it this morning by asking her to marry him….aww! 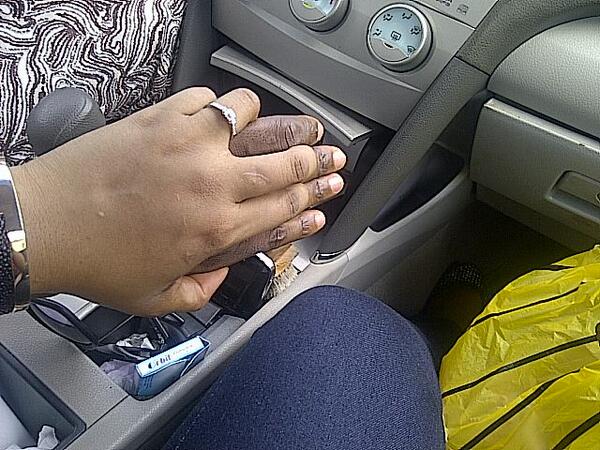 Richard: “So tonight, I want to take a while to recount how i met someone special on twitter about 2yrs ago. I met someone really special. Someone who has changed on world! Someone who words fail me when i try to describe…with just a click of the follow button 2yrs ago, i never knew i had let love into my life!
Love came in form of her! In the beginning she was just one of my followers.

She was jst there, adding to
the number of people who followed me and i follow – tweeting and retweeting
stuffs that perhaps made some or no sense. In the beginning, i would tweet just to help me thru my shifts at the biscuit company where i was a quality control officer. But then this girl! This pretty girl happened.
But in the beginning she was jst any other girl!I would tweet funny stuff and dis girl would DM me and we would just poke fun at each other in our tweets. Nothing more. 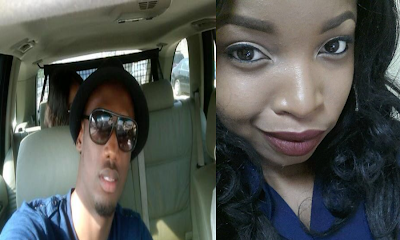 I get that a lot though……..i hear i am a funny girl so yea. This girl……So one day, i tweeted stuff about needing a girl friend, with some
ridiculous specifications. And this girl again picked my tweet and sent a
DM. In her DM she said she had one for me: a girl friend. Apparently she wanted to hook me up with her friend…..Ok fast forward…..this girl and i start a DM roll!
We send each other DMs back and forth. We would talk about me, why i
stopped writing, and then i added her on Facebook so she could read some
more stuffs i had written. And at a point, she sent a bold DM saying she was tired of ‘DMing’ and asked that we move to BBM.
I was single, and loving it! My last girl friend had broken up with me cos she wanted to get married and i wasn’t ready. The girl friend before the last, had broken up with me cos she felt i was still a baby. Simply put a chewing gum boy. And Now, this girl’s been filling all my free time with DMs and now we moving to BBM. Issokay o!
And that’s how we moved to BBM
and i found myself looking forward to close of day, where i could tell
her how it went and chat with her. It was barely 3 months since i had resumed a new job in the bank and i was in training school. And this girl……
This girl, she was always on
my mind! It was October…..and while my training classes r on, i will
sneak to the bathroom to chat with her.

I called it a bathroom Break. She was slowly becoming an addiction.

This girl was stubborn as she
was sweet. Always having an opinion abt everything especially if it
involved the roles of men and women.
Remember this girl had said she wanted to hook me up with a friend, but she never spoke abt this friend anymore, how come?I didn’t mind that i wasn’t getting hooked up with her friend. I was happy that she had gotten a job and was moving to Lagos!Yes!!!! we had something to look forward to….October had brought us closer! And so i longed to see her for real.
Days passed and i had fallen for this stranger whom i met on twitter but who has now moved to BBM.
And each day, as i rode the
bus to work, as i settled in the training academy, during each break,
and as i rode the bus home it was with her
As she woke, as she washed, as
she tidied, as she cooked…..i was with her….our feelings were
beginning to Fly Aero. Enugu to lagos
The days passed, and her coming to Lagos drew closer…..i became a little nervous. She was scared and she was shy. She had threatened to run away and hide when she see set eyes on me. But i told her i wud only walk up to her and take her hands It even made her more nervous. But i assured her that when i reached out for her, all she needed to do was take my hands.
And then the day came: she had landed the previous day from Enugu and i was burning with the anxiety of meeting her. I was praying that she looked
like she did on her avatar and her Dp on BBM. This was some sort a blind
date.loll. Make e be say na mbe ooo.
So her cab finally found me at Boston house,Marcathy str. Lagos island. And as she stepped out, i stood for a while……..Pretending to give up to on
coming vehicles while i tried to examine wetin i don go pursue
again!…then i thought to myself……. Then i tot to myself: you r not a complete package, u r not d answer to every woman’s prayer. You r not beckham or beckford….
And i as walked across the
road, to where Ihuoma stood, not minding that she wasn’t as tall as i
wished or the poise of a model….I made up my mind: and so i reached out for her, and she took my hands.
And from that day, i had not looked back. I made a choice.A choice to love her jst the way she is! To love her with all her imperfections, perfectly.
And so on the 27th of October
by the beach side, to make it official i asked her to be more to me,
than just a follower on twitter …..To be more than just a contact on BBM but to be my girlfriend. Oct.27.2012
And that’s how I and this girl
began this journey to forever. The story gets better…….but i’ll
stop here until the sky sees the sun!*pics mic* where did i stop yesterday….. So yea, October 27, 2012. She became my girl friend, this girl i met on twitter. Our first date at beach, and
she won’t even let me kiss her! Assin!!! Who does she think she is?
Every girl kisses richie on the 1st date.

No shakings sha….i was ready
to see d end of this one o! My mind been don dey am! She must fall.No be
stone, na beans, one day e must doneAnd so i tried to massage my ego, after she don fall my hand. I jst go drop am for her uncle house. Screech commot!
Days went by, and ihuoma would
come and visit me while i was training on the job in VI. Sometimes
she’d bring a chinese meal for lunch.
This girl i met on twitter in spite of her strong views on feminism and women’s empowerment was a modern woman with old values.Ok, rewind!! Bad as it was that she wouldn’t kiss me yet, she would reply “thank you” she time i said “i love you”…..
Coincidentally, the movie:
think like a man and act like a woman had been released and i saw this
movie. I tot she was acting the script.
So as a sharp guy, i tried to learn well what the guy in my dilemma did to nail his girl! Yes….i don’t even know if it worked!
This girl i met on twitter
will need fasting and praying o!!! Her own shakara was beyond hollywood
or anything nollywood will teach u!
READ
Coronavirus: RCCG reveals how its Monthly Holy Ghost Service for April will be conducted

Fast forward: months went by,
and our love has crossed all the boundaries.

We have swam the oceans and
we were in a comfortable place.
Some many kisses
after……*lol* and there was no one i wud rather be with. Yes o! This
girl i met on twitter had stolen my heart!In igbo: e ri go m beluso m! In yoruba: Mo ti je efo! In calabar: erm, it sounds like this: ikongnomi!!
Ihuoma was different! She was
as emotional as she was strong. She was a real woman: every touch, every
breath. This girl i met on twitterThis girl i met on twitter, instead of a 5 star dinning, who cook me a 7 star meal and serve me in my bed. 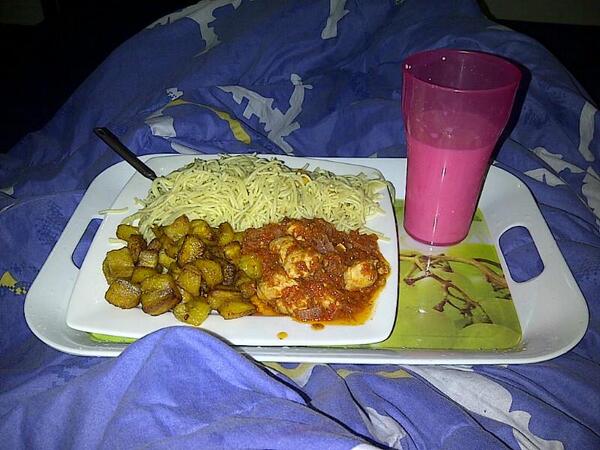 This girl i met on twitter is
whom davido sang abt: she no want designers, she no want ferrari, she
say na my love o!…..for real, no jokes. Ihuoma sef no mind follow me jump bus! Yes o! The day’s when my mom’s car wasn’t available we wud jump bus o!……
In fact, this girl i met on
twitter wud trek out from the palms with me, to where we cud get a
cheaper cab on the days wen i hold small.One year went by and several months of using mom’s car until finally God
blessed us with our own and now my baby drives by my side, front seat
chilling.
Ihuoma didn’t mind that i was
still some sort of alika! She followed me o….and even in real life she
still dey follow me. Now am freshThis girl i met on twitter, has watched me grow, patiently, athe alika now has some flesh on, and even has muscles…….From trekking bus jumper to a car owner.
The girl on twitter saw beyond the boy who some other girl called a baby! She made him a man and made him grow up!
The girl i met on twitter,
loves me! She didn’t stop at dt, she loves with almost equal strenght
any that i love! From my Mom to my friends.
I know it is stupid but am
tweeting on my steering as i race to go meet the love of my life with a
ring. I am going ask her to marry me.
Dear friends,after reading and
watching videos on how to propose online, nothing seemed to work! One
thing was common though:…..Most pple favoured taking her back to the place where u first met to pop
the question! So dear friends, Retweet my next tweet!!!!  ‘Miss Zannie, will you marry me…I’m outside your gate…and she said yes, after running away and making me knee for 10mins.” 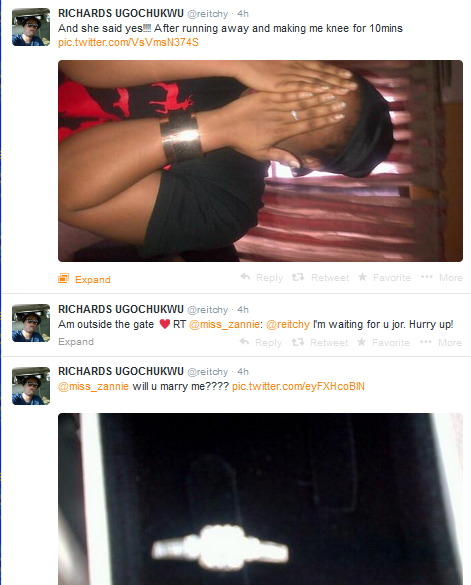 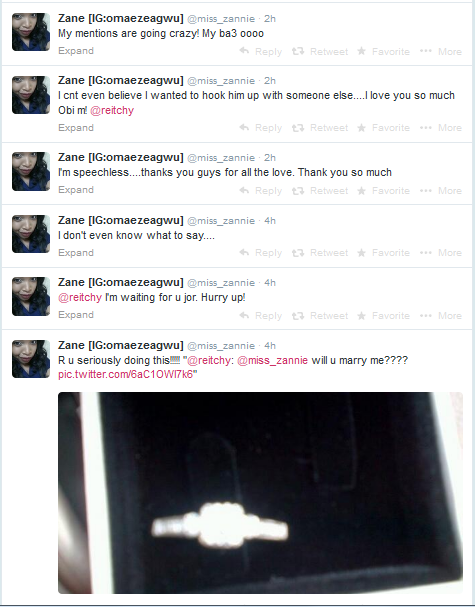 2face Idibia tells it all; My women, The lies and The truth