Passengers including music star Banky W on
a New York bound Arik Air trip were subjected to untold hardship occasioned by
delays in checking in and excruciating heat after boarding the aircraft.
They
locked them inside the hot
plane and did not take off….it was hot, the kids were stripped of
their clothing and some adults collapsed till the people rose up to
protest inside
the locked aircraft. 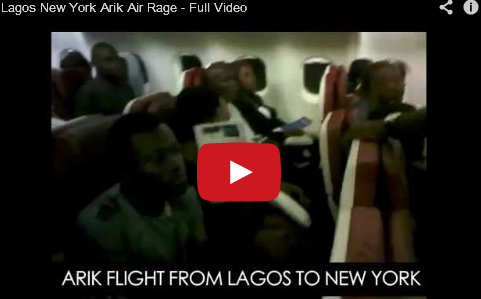 After
enduring the airline’s shenanigan for while they took to protesting on board – but for Banky W’s intervention, the passengers would have stormed the pilot’s cabin to cause commotion.
See video  HERE.
"Twitter NG is a murder zone" | Social media reacts to death of alleged rapist, Michael Asiwaju