So here’s one of the top gist for today: Linda Ikeji, and indigenous rap star, Olamide, engaged in a bitter Twitter fight some hours ago.

The bone of contention from all indications resulted from a report on Linda’s blog – Linda had earlier reported that Olamide’s long-term girlfriend
and baby-mama, Aisha was pregnant with another child, however the post
did not go down well with the rapper.

Olamide via twitter insisted that the story was false, claiming that he is not yet a father. He further lashed out at Linda, called her names and tagged her an ‘enemy of progress’, all because she doesn’t feature his songs/videos on her prestigious blog.

Linda has since published a rejoinder and indirectly dissed the rapper by admitting that she is his biggest fan – “I feel like one, he’s been waiting for the moment to lash out at me..lol. Which is fine. And two, I also see he’s mad that I
don’t post his songs and videos on my blog. If I’m not posting it, it’s
because no one is sending to me…I’m a huge fan so…. Oh and love you too, boo! *wink*” she wrote.

But the truth is, Netng actually first reported that story.  According to them, after a source
told them about the pregnancy, they tried to get Olamide to say a thing
about it, but he didn’t say anything and instead deleted all the photos
of his girl from his Instagram page.

Olamide is still vexing gan, infact Wizkid, Dotun of Cool FM and Labi Layori of the ‘entertainment splash’ show added their voices too. 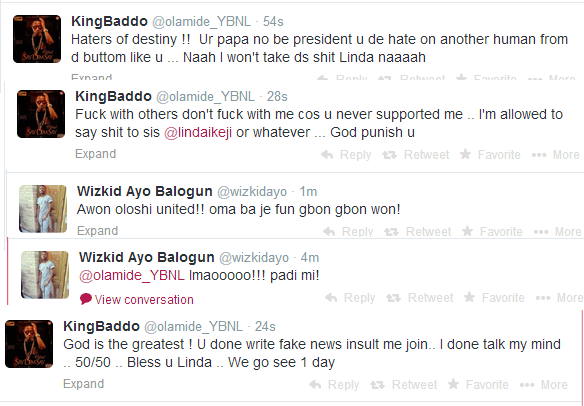 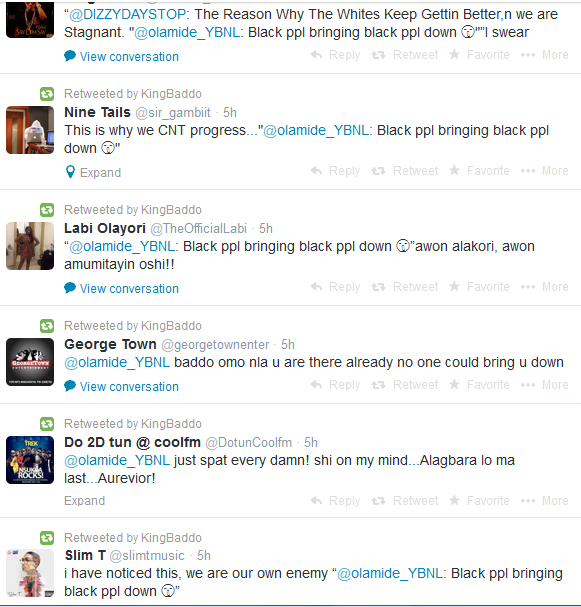 This is what ex-NAFDAC DG, Dora Akunyili now looks like