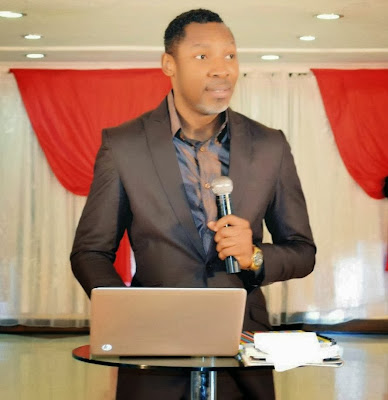 General Overseer of the Perfect Christianity Ministries (Church for Lagos hot ladies), Dr. Sign
Fireman Ukoha is one of the most controversial Pastors in Nigeria today!

He’s known for carrying out fake miracles – including the late actor Enebeli Elebuwa’s failed health, blaspheming God by allowing ladies wear mini-skirts and unholy outfits to his church and driving luxurious cars.
He was recently quizzed by the police over the alleged murder
of a 12 year-old girl, Bose Ogoja by a boy, Ikechukwu Egboka, 18 – the suspect claimed he was paid N100, 000 by the cleric to kill a virgin and obtain her faeces for him to become rich.

After keeping mum on these scandals, Sign fireman who hails
from Ohafia, Abia State, has finally spoken. Read the interesting interview he had with Encomium below:


“The story that I was bundled by the police and arrested is a lie. I
drove myself to the station. A bundled man can’t drive. The story goes
that I told a boy to bring the faeces of a virgin. That’s a lie. I
have never met the boy in question. He claimed the mother attends one
of our branches in Badagry. Imagine the distance between Badagry and
Lekki, Lagos. A lot of times, I’m not even in the country. When did
the boy meet me? I don’t even think he is a member of any of our
branches. If I really want faeces, I could ask for it from the streets.

Why do I have to kill to get faeces? The soak-aways are there, too. How
could I even have sent a boy that is yet to sit for WAEC? It never
happened. So, if you look at the case, it is filled with tissues of
lies.” he stated in a recent interview with Encomium.
Speaking further, he said “When I got to the station, I told the
police to investigate me based on the allegation. When they couldn’t
find anything incriminating, they asked me to go. I was declared free by
the Director of Public Prosecution (DPP).

Defending his integrity, he said “So many people are after me, the
people who are after me are the same people who were after late
Archbishop Benson Idahosa, who claimed that the great man of God was a
drug pusher. We are talking about the same guys who fought Rev. Dr.
Anwuzia of Zoe Ministries International and ran him down.

READ
Why I laugh when people insult me - Bishop Oyedepo

They are the same people who fought Prophet Samson Ayorinde. They are
the wicked and satanic people who battle all great men of God who God
uses mightily to persform miracles. There are people who are
strategically after anyone they feel is a General in the miracles. Men
of God have to hear this. This is not my war. It is a war against all
of us. It is Dr. Sign Fireman today; tomorrow it might be another
Minister of the gospel. We have to deal with this once and for all. We
have to deal with it so we can have free sail in the call and mandate
God has given to us.”

Many of these people have never been to our service because if they had
been here, they would know that many times before I pray for some
people, sometimes I even call doctors to verify their cases. So, if I’m
fake are the doctors also fake? Or are they referring to the case of
the late famous actor, Enebeli Elebuwa, where they said he claimed I
didn’t heal him?
The video they were circulating on YouTube was not from us in the first
place. Second, when they brought the actor sometime in 2010 or so, I
prayed for him. He was not just healed. He came back and did
thanksgiving. We have the video. Then, he went back to location only
for him to claim in 2012 or so I didn’t heal him.

But the movies he was doing after he came to our church were not shot on
his sick bed. The fact you were healed of malaria does not mean you
can’t have malaria again. The facts are there. I never said once you
were healed, you wouldn’t be sick again, all your life. Even Jesus
didn’t do that. Jesus would say, ‘go and sin no more, less a worst
thing will come upon you.’

READ
NECO to collaborate with DSS ahead of forthcoming examinations

On why there are so many celebrities in his church, he said, “The
Bible says we should preach the gospel to every creature. The
celebrities, as you call them, are all part of God’s creature. I love
everybody. And people, no matter their status, respond to love. This
is the only church I know where part of the offering of the previous
Sunday is shared among the poor. Which church does that? Last year, I
gave out all my property as seed. I brought them to church for my
congregation. I can show you the pictures. No matter what people say
about you, your life speaks. That is just the truth. 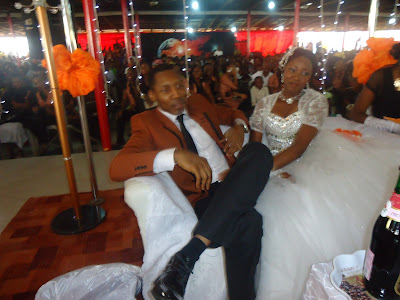 The happily married pastor further talked about his marriage “The
sweetest thing about being married…the Bible says two is better than
one. The Bible says it is not good for a man to be alone. So, He gave
Adam a helper, Eve. Marriage is meant to add help to what you are
already doing. To say that she is really enjoying me is an
understatement. When you come on Sunday, you will see her for yourself
and by yourself.”

The Toke Makinwa photo that everyone is talking about!