That President Jonathan also ordered three employment slots be left open for the families of those who died during the
Saturday recruitment exercise conducted by the Nigerian Immigration
Service, that immediate employment be offered to injured victims who are
still receiving treatment in various hospitals across the nation.

Oh by the way, a Presidency source told SaharaReporters that the minister, Abba Moro is
a close ally and nominee of the Senate President, David Mark making it
impossible for President Jonathan to fire him from office.

“How Celebrating Wedding Anniversaries Has Made Our Marriage Stronger” – Myne Writman

Myne Whitman is a writer, editor, publisher and blogger. She is the author of two romance novels, both of which rose to the top of Amazon.com bestseller lists for romantic fiction within their first few months of being self-published.
She is happily married to her best friend and they marked their fifth wedding anniversary recently. 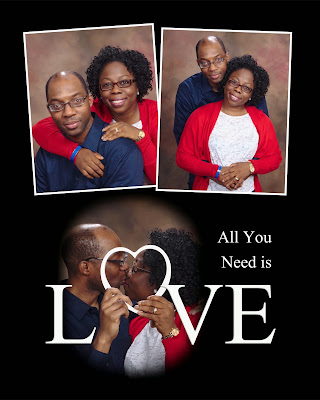 She posted the beautiful message below on her blog a few hours ago:

Atala and I celebrated our fifth wedding anniversary on Valentine's day
back in February. It was a couple of weeks after I returned from my
3months stint in Nigeria, and I remember leaving some threads hanging
loose and a few people asking me to extend my stay for a couple more
weeks so I could tie...

Emeka Ike dumps German wife, splits their Kids and runs off to Abuja

Emeka Ike is in the News again and this time it doesn't have to do with his school but his wife, Emma and four kids, Michael,  Kelly,  Jason  and Andrea - family.

Last year KFB exclusively told y'all of how the Nollywood actor beats up his wife (HERE).
Well, she has finally left him for good and the reasons for this action has
to do with anger management.

This is coming in weeks after he was sent packing by his landlord after owing him house rent for over three years.

Triangular love! Wizkid, his babymama, his son and boo, Tania

Okay, I have got some yet-to-be-confirmed gist for you guys - note that it's UNCONFIRMED!
You know I try as much as possible to report the TRUTH on this blog cos I value my reputation :) so you could as well read this without believing it for now till it's been confirmed.

I got this gist/message a few hours ago and i'v been contemplating on putting it up or not...anway, here you go!