You all know who Emmy Collins is right?….in his new blog post, he called out Linda Ikeji and several others including Florence Ita Giwa, Monalisa Chinda, Agbani Darego, Comedian AY and Kelly Rowland.
You will recall that this is not the first time he is hitting on Linda (HERE)…anyway, read on!


Florence Ita-Giwa
She
looks very nice in this image considering that we are used to images
like the one directly below. Yes, this is so her age and for once the
make-up wasn`t so over the top.
If I were her daughter, I would
nick that skirt off her. I believe a very edgy chic can work wonders with
that skirt and she did alright with it herself considering her
limitations.
She has definitely grinned her way into the winner’s corner without qualms.
May we see more of this. Someone say AMEN nah, abi una no prefer her this way?

Whoever
designed and sold this number needs to be named and shamed like our
former Aviation monster, oopsy, I meant minister,Stella Oduah.
Well, I
don`t think anyone is shedding any tear for Madam Armoured Cars as she
must have stashed away enough to retire to Brazil this moment if she so
desires.
I`m still gonna miss her make-up though,winks.

Kelly Rowland
I
said before and I will avail myself of this opportunity to reiterate
that there seems to be a sign somewhere in J.F Kennedy that says
“Nigerians don`t appreciate authentic style so tone it down if you are
heading out there.” I don’t understand how these American singers
collect big dosh only to underwhelm when it comes to fashion. Her bob
hairstyle is whack and her I-just-woke-up-my-banger (forget
Bugatti, abeg) outfit didn`t quite cut it.
Yes, I understand the need to
dress for comfort when you are traveling on a long plane journey but
there are ways of doing it in style and looking yummy.
She
is a loser on this one but if she gave a very good account of herself on
stage then she can be adjudged to have redeemed herself. 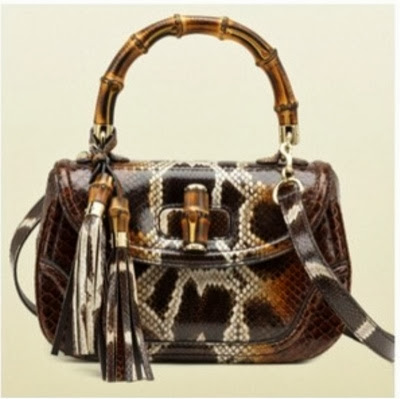 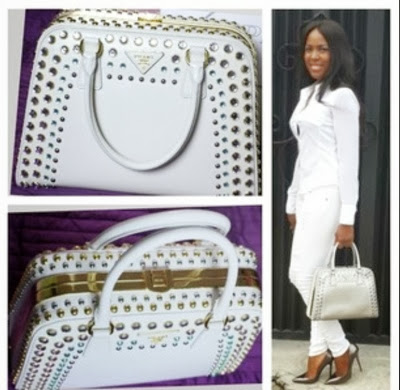 Linda and her “designer”bags
Linda
still represents the picture of yesterday’s left over meal regardless
of whether her bags cost zillions of dollars or not and there could only
be one reason for that which is a perpetual poverty of the mind.

I don`t
know about you guys but nothing about Linda here suggests that she has
expended more than 50 quid on herself and I dare anyone including Linda
herself to prove me wrong.

You see, the Linda of today is
absolutely different from the humble Linda I used to know. The first
time I had a chat with Linda was after I read her blog and her exact
words were “Hi Emmy,fancy getting an email from u….. And u read my
blog?Yeeeeeeeeeee! lol”. It is apparent from her outbursts that this was
a bubbly and humble lady who never took herself too seriously. Fast
forward a few years ahead and you get this lady who has circulated the
notion that all that matters is money,the mean lady who will cowardly
innovate lies against anyone who dares criticise her and then send her
gutter mouth sister to circulate same.

No doubt Linda has done
well for herself but if you asked me she hasn`t done well for the
society at the moment because readers who compromise of youths are being
taught to accumulate money by all means necessary instead of being
educated on the need to work hard and persevere till success
arrives.Knowledge is power so Linda must yearn towards empowering her
readers rather than always telling them about who bought what car, who
wears the latest Rolex wristwatch or who built the biggest
house.

Sometimes the wristwatches ain`t even authentic, the cars don`t
exist and the houses belong to someone else, yet Linda will post the
stories without scrutiny and thereby making the young impressionable
youths and some not very smart section of her readership believe they
have been leading irrelevant and non-meaningful lives and thereby
indirectly encouraging them to go through any means necessary to amass
illegal wealth so that they can feature on Linda`s blog or perhaps wear a
Rolex as well.

It is a shame that Linda doesn`t even realise how
much influence she could be if she chooses to.
The question is does her
smartness extend to that level.
We have become so cheap that once
someone expends money on us, he or she buys our silence forever.I
believe some very smart people would remind me of the amount to a tune
of a million naira which Linda doled out last Christmas.

Anyone that
comes up with that crap as an argument to put forward against my notion
that Linda doesn’t give back to society  is apparently not intelligent
enough to comprehend the angle I`m approaching. My answer to this group
of people would of course be a deafening silence.
Please do
yourself a favour and don`t bring up the “you-hating-on-her” rubbish
because that will give you away as unwise,very impressionable and very
gullible.If you disagree with me then fair enough but argue for or
against the points I raised.

FRSC doctor denies lady of treatment after she denied him access to her “private part”
I prefer
the old non-oppressive and humble Linda or was the Linda I used to know the
fake Linda and this present one the real mccoy? hmmmmmmm, thinking.

Well,this came
about because Linda was posting bags again and talking the exact trash
her sister Laura came up with when she posted invoices which left me
with no option than to believe that Laura could have tweeted those
nonsensical stuff on her twitter page but it was Linda that initiated
and perhaps typed them all in.
Looking at these images has totally
convinced me that it there were ever an Mgbeke Inc. Linda will be the
national co-ordinator aka mgbeke in chief.
Ok moving on.

Monalisa
I
love this picture and the dress but wait o, what in God`s name is so
interesting about Monalisa that her magazine gotta be all about her? I
heard this magazine is touted to be selling at N5000(£20). Ok,let`s go on
a little journey here and see what you get for £20 and then decide if
it is money well spent or money stuffed down the pit.
For £20 you
will be either fortunate or unfortunate depending on which angle you
view it from to puke or idolize these images below.

Ok, now
having sifted through the images, do you guys believe N5k (£20) spent on
this magazine is money well spent or money stuffed down the pit toilet?
Well, while
you are brainstorming on my question, my personal unbiased opinion is
that if you have bought this then you have been mugged aka 419ed,
lol.This ain`t worth more than N1k.

AY Makun
This
was the puke-worthy interview allegedly given by AY. I must confess that
I`m somewhat flustered considering that my guy is a comedian, so I
don`t know whether to take him seriously or not.
The prevalent problem
Nigeria is experiencing at this moment is that of people not realizing
which lane they should stay on because I can`t fathom why AY of all
people would sincerely deem himself to be stylish. Maka
gini,when,why, warrom,say who die nah?
1000 pairs of shoes my
skinny ass.Well, it depends on what he considers as shoes sha.
According
to this interview, this bloke is basically afraid of repeating shoes
because people might believe he is broke.
Kai,the sort of rubbish that
exits the mouths of the so called role models in Nigeria is very
astounding. To think this dude has fans who might listen to this garbage
now and go on to believe that to be cool, you should never re-rock your
shoes very worrisome.
Wow,wow and wow again. Find below, a few
interesting excerpts from the interview:
What fashion item do you love shopping for and can never get
enough of?
I love shoes. Though I have over 1000 pairs, I still want to buy more and
more. All I need is to find something that I like; it might be something
similar to what I have in my closet but I would still buy it.

Deaths as military men clash with traders in Lagos

You have over 1000 pairs of shoes. Do you repeat shoes?
Of course, there are shoes that match different attire and suits, so you
have to repeat. But I don’t do that often so that people won’t say I am
going broke. If you see me repeat a shoe and believe I don’t have any
other one and the best you can do is talk about it, I see you as an arm-
chair critic. If you have an opportunity to go into my closet, you will be
looking for an opportunity to withdraw your statement.

Agbani darego
Oh
dear,who do we have here?Well it hurts me to say that our former queen
didn`t exactly cover herself in glory as far as fashion is concerned and
the blame goes to that I-have-just-been-dragged-through-the-hedge
hairstyle.
That she reckoned this will definitely be a hit is extremely
worrisome.However,you can`t touch that face as it is still one of the
prettiest faces I have ever seen.Actually,she was perhaps the only queen
I reckon deserved the crown.
Wait o, have the bobbies been
riffling through her hair in search of some missing items or what?
Poor styling is the ultimate bitch.
This
is where I knock off this week as I need to catch another flight very
early tomorrow morning.

Nollywood actor, Osita Iheme, was a year older on Thursday and while on a movie set in Enugu, his good buddy, Chinedu Ikedieze and colleagues celebrated
him with a lil birthday party. 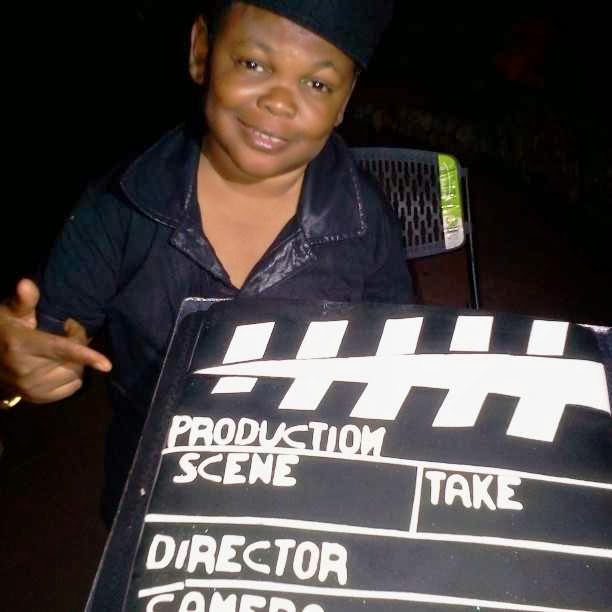 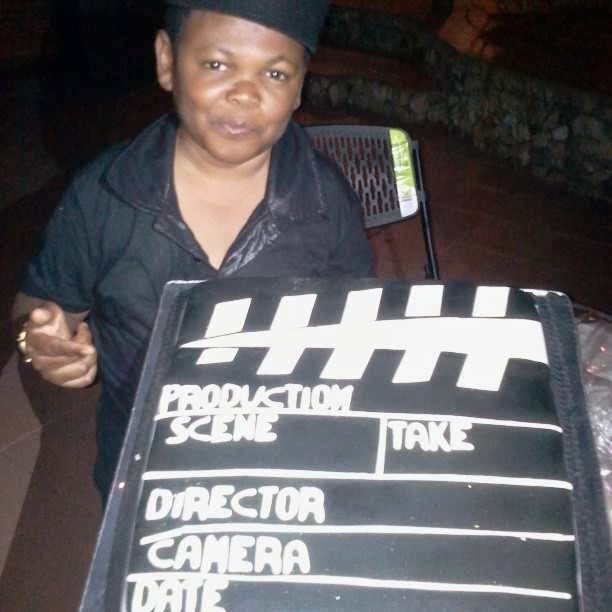 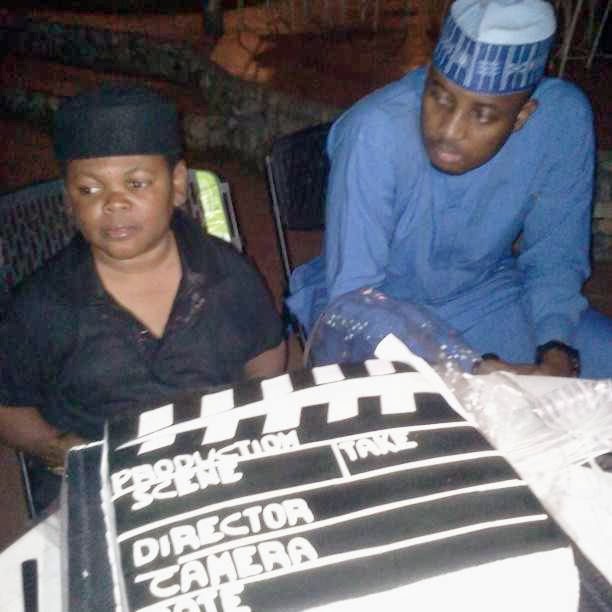 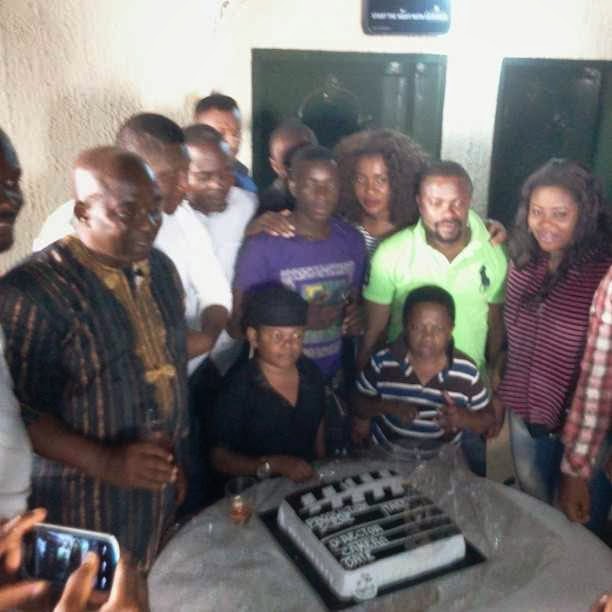 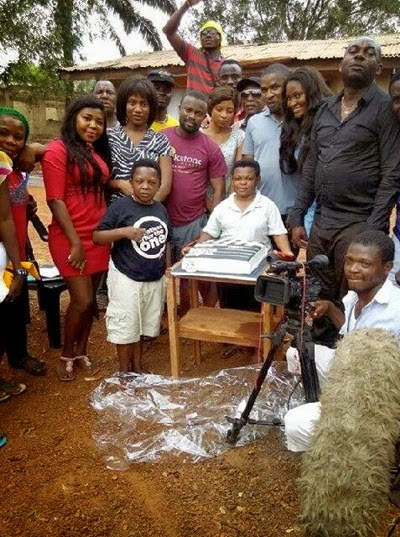