‘We may not be able to prepare the future for our children, but we can at least prepare our children for the future’ – Franklin D. Roosevelt.
Last week, Omotola Jalade-Ekiende went on a rant on social media in response to entertainment bloggers who described her daughter Meraiah Ekeinde as ‘Hot and sexy’.
The Nollywood actress and 2013 Time Magazine Icon barked at online media, chastising them for visiting her 14-year-old daughter’s Instagram page, culling her photos and spreading them all over the internet.
‘Thank you to everyone who wished Meraiah a happy birthday. However, going to a 14 year old’s ‘private’ online accts to post her pictures for public viewing is totally inappropriate. Her father and I are horrified as parents and guardian that a minor’s picture can be paraded online as ‘hot’ ,’sexy’ etc.’, she wrote on her official Facebook page.
It should be noted that as at the time Meraiah’s photos were posted by bloggers, her Instagram account was set on ‘public’.
Dear Omotola, I’d like to say that the media has done nothing, absolutely nothing wrong and do not owe you an apology for publicising your daughter’s photos. You should be the last person pointing fingers as it clearly shows you’ve scored a D minus in raising this cute kid..
Meraiah Ekeinde is four years away from adolescence but by merely studying her Instagram page, you’d be amazed at the kind of photos a 14-year-old girl puts up – we are talking sexualised seflies, showing off her ‘curves’, pouts, using hashtags like #StaySexy and posting memes containing vulgar language like the word ‘FUCK’.
I’m sure Meraiah means no harm and she is in the early stage of youthful exuberance but dear Omotola, do you approve of an underage turning up her sexiness in the eye of the public? Why hasn’t she been cautioned to take down these sexually suggestive photos? Why is it that you have failed to understand that Meraiah, a minor, has no business trying to act like your fellow desperate Nollywood actresses on social media?
Instead, you choose to be horrified by the media calling her ‘Hot and sexy’, accusing them of intruding on you poor little girl’s privacy. Madam, you’ve got it all wrong. Are those photos ‘Hot and sexy’? Oh my, yes they damn are!
It’s a shame that up till now, these photos haven’t been deleted. It’s a shame that you’ve asked the media to behave like adults and draw the line when you’ve not acted in the same faith.
In February 2012, US rapper Nas’ 18-year-old daughter Destiny Jones posted a box of condoms on her Instagram page. The media and community attacked Nas and his baby mama Carmen Bryan for the post which was subsequently taken off. Nas didn’t come out defending his daughter or attacking the media, he rather blamed himself on his song ‘Daughters’.
Dear Omotola, you always profess the idea of changing the world, it’s time to start from your house; clean it up.
Former Kano state chief judge, Justice Shehu Atiku dies

By Tireni Adebayo
Newly married OAP, Ese Walter who secretly wedded another OAP, Benny Ark at a court registry in Abuja, has admitted that she feels brand new.
In a recent interview with SDK,  Ese Walter who made public her sexual relationship with COZA Pastor, Biodun Fatoyinbo,  last year, revealed  how the almost forgotten scandal had affected her.
“I feel brand new. I think I am different from 2013 because I have been on a path of growth. In August 2013 when I blogged about the affair...
Click to Continue Reading
News

Earlier today, news broke out that music star, 2face Idibia had impregnated a top Lagos banker.
According to Icon Weekly magazine, the young Lagos banker who works
for one of the new generation banks, Teniola, took in about three months
ago.

“We gathered that Teniola, who hails from
Ado-Ekiti, Ekiti State, has been 2Face’s account officer for a long time
now. Teniola, a graduate of University of Lagos, might just be another
victim of the pressures marketers in the banking sector face to lure
customers with everything they have....The interesting part of the story is that 2Baba, as he’s fondly
called, allegedly wants the pregnancy terminated! Our source revealed to
us that he has been begging Teniola with a brand new car to get rid of
the pregnancy and keep this scandal out of media radar.”the magazine reported.
Reacting...

ASIRI Celebrates Nigeria Centenary with “Celebration of the Titans

Since its inception in May 2013, the ASIRI brand has been promoting,
educating Nigerians and people around the world on the importance of the
Nigerian cultural heritage and history through ASIRI MAGAZINE, and we’ve
have successfully created a niche that generations to come can learn from,
learn more about their cultural historical heritage, more importantly have
a sense of belonging. 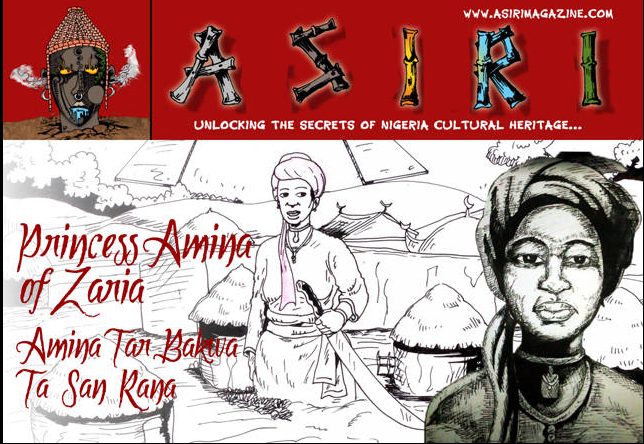 Six Issues, the Magazine has been translated to over 6 foreign languages
including Russian and Spanish, through the exhibition side of the brand we
have also educated over 2000 students, as we did during the Lagos book and
art festival 2013.

This year we are taking steps further, 2014 is a very important year for