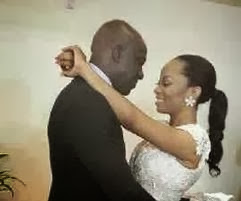 So after the secret wedding news broke yesterday, Toke Makinwa woke up this morning to find 1,289 missed calls, hundreds of messages and emails, lol! I’m so glad for her……
She’s grateful for the calls anyways.
See her tweets below: 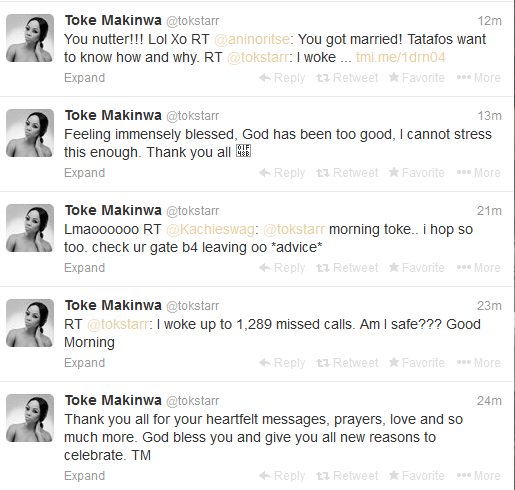 Toke Makinwa insists her wedding was a surprise, tells her ‘love at first sight’ love story in new interview (video)

“Toke Makinwa knew about her wedding, she called me three days to the d-day to design the bridal gown” – April by kunbi reveals