Days ago, I exclusively brought you photos of singer Waje Iruobe’s beautiful daughter, Emerald…the truth is, Waje has been trying hard to prevent the photos from leaking online…but she has finally decided to officially introduce her beautiful 14-year-old daughter to us.

Some hours ago, the 31-year-old Pop singer posted a photo of Emerald locked in her arms on Instagram with the caption ‘She makes all the stress, disrespect ND disregard worth it‘ – Aww!
Emerald (who’s got
her mum’s signature smile) attends a Senior Secondary School in
Lagos. Waje had her daughter when she was 17.
Singer, Waje pens down heartwarming message to celebrate her beautiful daughter, Emerald on her birthday

Last week I told you guys that Stephanie Henshaw is back on the social scene, well she is indeed back!
Pastor Okotie's ex wife, Stephanie, was spotted at Richard
Mofe-Damijo's sons wedding over the weekend and she played a very prominent role
coordinating activities and even distributing party souvenir  to guests.
Many of the guests couldn't help but admire her peaceful demeanour as
she moved round the hall to ensure that guests were well taken care of.
According to a guest at the wedding, Mrs. Kemi Idowu, “Chris Okotie's
ex-wife is really glowing; she even looks more beautiful than ever. I
wonder how any man could have left such a graceful woman go.”
See photos below:

By Tireni Adebayo
"Davris
beauty centre is open for business. Come let's give you the celebrity
touch for your Xmas celebration. It
is the "DAVRIS BEAUTY CENTRE" - a world class unisex salon with
exquisite finishing in Pedicure and Manicure treatments as well as
assorted beauty products including but not limited to perfumes, human
hair and make-ups. The location is both accessible and conducive for
beauty business. We are at 4, abanikanda st off haruna st
ogba, Ikeja Lagos state. Come
get that unequalled and posh celebrity touch to a sparkly beauty. The
CEO, Doris Simeon, shall be on hand to personally usher you in. Catch
yah!!!" Doris says!

A few days ago, I told you guys that beautiful actress, Doris Simon had concluded plans to open her
all-in-one beauty parlour known as Davris Beauty Centre – a...

Super stars, D’banj and Geneveive Nnaji were spotted together at the
Gulder Ultimate’s ship cruise which held over the weekend at Oceanview,
Lagos.

Both artistes arrived at the event together, sat together and whispered sweet nothings to each other all through the event.
The
show, which is speculated to have gulped over one hundred and fifty
million naira attracted top shots in the music, media and movie
industries who came to witness the 2-day event hosted by Nigeria’s
premium brand, Gulder.
It appears this is some sort of reunion between the former lovers. 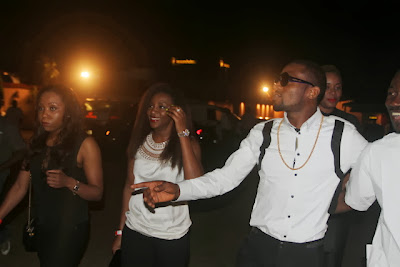 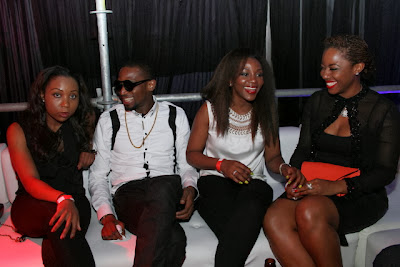