Diezani Alison Madueke, Keith Vaz MP and Convener Mrs. Winihin Ayuli-Jemide
A major conference aimed at encouraging more women to participate and
excel in all aspects of government and politics in Africa held recently in
London and yes, some of the most influential figures from across the African political and government are in attendance.

The two-day conference (WIGP 2013), first of its kind involved female delegates in
influential leadership positions such as parliamentarians, cabinet
members, academics and activists.
The  Conference is the brainchild of Winihin Ayuli-Jemide founder of the Winihin Jemide Series (WJSeries).

Mrs. Diezani Alison Madueke-
Nigeria (Minister for Petroleum Resources), Dr. Dere Awosika, a veteran
of the Nigerian civil service and Former Permanent Secretary at the
Federal Ministry of Power (Nigeria), Senator Aisha Al-Hassan, and
Senator Nwogu were some of the Nigerian Delegation  who Spoke at  the conference.
Some other speakers include:

Dele Momodu speaks as Buhari Media Organization accuse him of being a lackey to Diezani
The women not only gathered to liberally share their views and experiences on how they were able to surmount obstacles to get to
where they are today, but also give suggestions on moving forward and
proactively in supporting one another.

Group Photo- In-front of the House of Parliament London

Speaking at the conference, Nigerian Senator, Jummai Alhassan stressed that
successful women ought to sponsor younger women, as opposed to limiting
themselves to mentorships only. In addition to what Alhassan said, Mrs. Allison-Madueke stressed
that the successful ones should “pull up as many women as possible up the ladder” and put aside their “petty grievances and nuances”.

Also speaking at the event, Dr. Mary Chinery-Hesse from Ghana
underscored the need to revive some traditional African values which
placed women at the forefront.
At the end of the two day event,  the women signed an agreement/Manifesto based on the discussions held during the
conference and coordinated by a team from the Prestigious University of
Oxford and Howard University.
The signed agreement is to be presented to the heads of Government across
Africa. 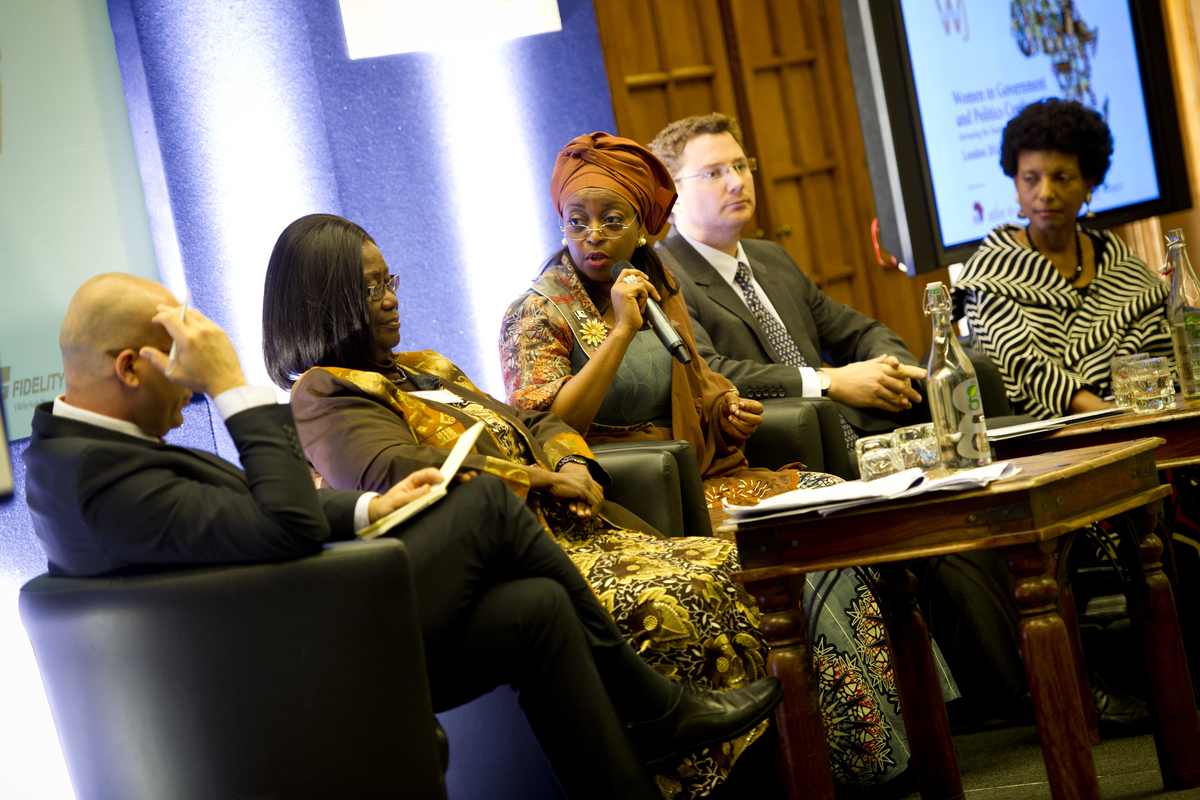 “We need to pull up as many women as
possible up the ladder and put aside petty grievances and nuances”- Mrs.
Diezani Alison Madueke- Nigeria (Minister for Petroleum Resources)
speaking at the event
No doubt African women are recording massive gains in positions of
authority across the continent and this is quite impressive. However, one wonders if this will better the lives of ordinary women, and ultimately, whether more women in power would lead to better quality of governance for the continent.

#ProjectDDD Donation Drive for December; Let’s Give together!

In 2012, a group of 13 young folks came together and decided to make
December special for others by birthing a charity project
#ProjectDDD ((Donation Drive 4 December).

Last year, we were able to reach out to two orphanages and one home for
the elderly. We gathered clothes, food items, shoes...

#ProjectDDD Donation Drive for December; Let’s Give together!
Segun Arinze’s ex wife, Ann Njemanze, FINALLY tells why she left him + why she married her new husband despite the age difference
To Top