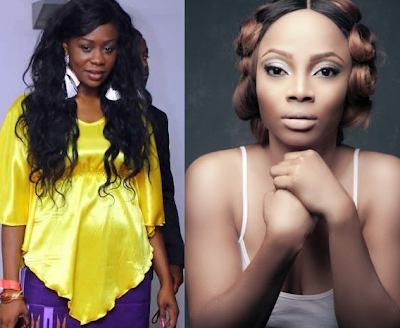 This article was written by 9ice’s ex wife, Toni Payne…enjoy!
Let
me start by saying, we sometimes avoid those touchy subjects because we
wish to avoid “drama” but Cyber Bullying is one concept it seems we are
yet to get a full grasp on its consequences. Currently, in America
there is a full campaign launched against bullying in general, where
different celebs have been actively campaigning to stop bullying. We
have seen cases of young ones committing  suicide because they couldn’t
handle the bullying. I pray and hope things don’t get this far in my
motherland, although I suspect it may have and we just don’t document it
as much.

For the sake of time, I will try not to over talk but a lot has to be
said to make my point very clear so kindly excuse the long read, (I
tend to do that when im passionate about something). I know a lot keep
quiet to avoid backlash but hey, it is what it is.

There is this ”trend” of making vicious comments about others that
has become popularized by certain blogs. Overtime, its now seeming like
the norm, with more people appearing to see nothing wrong with it. We
even have corporate brands willing to identify with such sites
irrespective of the damage or harm they cause.
There is a blog very
notable for nasty comments, in fact more people visit the blog because
of its comments than its content. The blog is owned and run by a lady
named Linda. Please keep in mind,  I have nothing against her, she is a
hard working lady who has made a name for herself, but I also wont for
the sake of status not call a spade a spade. I am not singling her out
just for the sake of it, but she just happens to be the 2nd party
involved in the issue I want to discuss.


I will make my case based on my observations about her blog or her
(it gets confusing seeing as she approves the comments that make public
view so if she wasn’t ok with it, we probably wouldn’t see it). You are
probably asking yourself, as long as its not me being targeted, why
should I be concerned? guess what, it is all of our business because God
forbid what is being seen as “ok” now, may affect you someday.

Aside from being a simple to read source for news, overtime, the blog
has grown into some sort of “haven” for anonymous commenters who wish
to pour out the darkness inside them all in the name of commenting about
others. They have even taken it several notches up and attack each
other. Today, I saw tweets to the effect that Toke Makinwa was being
attacked on a certain blog. One of the retweets took me to the source
and my heart was like, something has to be said. If it changes
something, fine. If it doesn’t, that’s fine too.
What I noted was that the past few days has seen blogger Linda hammer
on and on about Toke’s Relationship breaking up, or posting a reference
to being engaged for too long, or posting pictures of the babe calling
it ”stunning” in her usual sarcastic style, and allowing her readers do
the rest. When I mean “the rest” I am talking about the outright nasty,
vicious, malicious comments posted about this lady from people who do
not even know her.  Lets not forget some past commenters who would even
claim to know the subject personally and proceed to post “personal”
information about the person.. if they are lies, we do not know, but we
still get to watch the defamation go on and all these are approved by
the blog owner.

Toke may not say anything because she wishes to appear strong and non
chalant, but damn, she isn’t made of steel and has blood in her veins
and emotions like we all do. Last time I checked, most people that have
been a victim of cyber bullying such as this are human too. Also, there
is no age restriction on these blogs so your kids are reading and
learning. To those who make these comments its “fun”, but when does fun
turn into torment and emotional abuse?

Toke and I are not close friends so I have nothing to gain from
defending her except calling a spade a spade. Everything beyond and
above this point is my opinion and analysis of the situation. If I am
wrong, my apologies in advance but I seriously doubt ill be far from the
truth.

In my opinion I feel she(Linda) put Toke under the “hate” radar
simply because she(Toke) made a statement on her radio show that “Linda
was not a role model” (HERE)
Linda took it very personal because she took to
her blog to post one long epistle about bla bla bla (HERE).
After that, its
been Toke this, Toke that, knowing full well the type of readers she has
and the type of comments it will generate (its like the same olD thing,
different person).. ahh ahhh.
If Toke doesn’t see Linda as a role mode,
She (Toke) is entitled to her opinion and as long as she was not abusive
when she said it, I see no harm in that. So why take it so personal to
the point of being vindictive?

You see, the irony in the comment Toke made is that, by constantly
putting her under attack from her readers, she is indirectly proving
Toke right. I sure as hell would not want my child seeing someone who
promotes hate as a role model and I am sure neither would you. Like I
said, this trend did not start today, its been ongoing and has easily
become what her blog is known for. Lets not get into the “Failed Model”
comment from Tonto Dike that got Tonto 1st place “lets verbally bash
her” position. At least Tonto can rest small as it seems Toke is the hot
new “lets verbally bash her” in town.

If someone is having personal issues, offer words of support and move
on, if she likes going to parties, free her because she is using her
legs and not yours. If she wants to vlog about her life, take what you
can from it and keep it moving. Try and distinct constructive comments
from vicious ones. Try to distinct funny from wicked.

From the little I know about her, Toke Makinwa is a sweet lady. She
is friendly, funny and down to earth so it leaves me wondering, what all
these people raining hurtful abuses about her stand to gain. Even if
she is not all these things, if they don’t know her personally, what do
they stand to gain? You want to know the answer? Absolutely NOTHING!.
They comment, laugh, and move on. To them its entertainment but to the
person who is being picked on, its not close to funny. When it becomes a
family member, its not close to funny. If it is your child someday, it
will not be close to funny.

With that said, I hope people search their conscience before they
comment. If not, no problem. We can’t see you as anonymous but God knows
how its going down. Please keep in mind, I know some will try to make a
mountain out of a molehill about what I just wrote no be today una don
dey do am, I will not engage you so don’t waste your time.  ps:Its easy
to say American blogs do it to, but I ask, why must we copy the negative

Lastly if Linda decides to post another one of her “epistles” simply
because I have said something a lot of people who smile in her face and a
lot of celebrities, say behind her back. Its all good, free world. I
write not to offend anyone. I understand that the truth can sometimes be
a bitter pill to swallow. All the same, its all love.

I have had some deep discussions about this wieht a few big name
celebrities and hopefully, as the years progress, something can be done
to see a big reduction in cyber bullying. Lets aspire to love more and
hate less.

sorry for the long post, if there are any typos or grammatical errors, sorry for that too.  God Bless

See the 50 most inspiring pictures from Nelson Mandela's life

OSHIOMOLE Inspired 'Go And Die' TShirt is out

What Nigerian actress, Omoborty did to troll who body shamed her

Another war in Nollywood! Toyin Abraham to sue Lizzy Anjorin for Cyber bullying