In a very revealing with Daily Mail and his first interview since his release from prison for the involuntary manslaughter of Micheal Jackson, Dr Conrad Murray said thus:

“You want to know how close Michael and I were? I held his penis every night. I had to put a condom catheter
on him because Michael dripped urine. He had a loss of sensation and
was incontinent. Michael didn’t know how to put a condom on, so I had to
do it for him. It was the most intimate thing but he trusted me.I
didn’t kill Michael Jackson.  He was a drug addict. Michael Jackson accidentally killed Michael Jackson.I
believe he woke up, got hold of his own stash of Propofol and injected
himself.
He did it too quickly and went into cardiac arrest…..He was in crisis at the end of his life, filled with panic and misery … By the end, Michael Jackson was a broken man. I tried to protect him but instead I was brought down with him. Jackson had been dragged “into the abyss” of physical and mental anguish by the pressures of his London tour. He was so unhinged in his final days that he didn’t allow his underwear
to be cleaned because he feared the maids would sell it.

Cardi B, Offset’s daughter officially unveiled on album cover (Photo)
He also had a
hip condition where the hip bone comes out of the socket.  Michael
wanted to know if I could arrange a hip replacement.
None of them are
Michael’s biological children.  He chose friends or business colleagues
to help him. Michael was a decrepit man.
He wanted to “be cremated and
scattered someone nice and warm” yet his family ended up burying him in a
Los Angeles cemetery.

Why Peter had his traditional marriage before Paul Okoye

Many fans were taken by surprise when the P square brothers – Peter
and Paul Okoye – did not have their traditional wedding on the same day.

Peter  Okoye had his traditional wedding on the 17th of November, 2013 while Paul is yet to fix a date for his.

In a recent chat with Hip tv, Paul explained why they didn’t get
married same day, emphasizing that it was because of the difference in
their women’s tribes. His fiancée, Anita Isima is Igbo while Peter
Okoye’s wife, Lola Omotayo is Yoruba.

“So because im dey marry Yoruba woman, wey dem go do am
here, if my own na from Kogi, all of us go do am for Lagos? Make una
chill.

Kareem Adepoju, popularly known as Baba Wande,  is one of the
pioneers of the Nigerian  movie industry. In a recent interview with TRIBUNE, he  spoke on his 50 years of acting, his new movie, marital life and other issues.See excerpts below:

In a matter of days, you will be celebrating your 50 years on stage as an actor, how do you feel?
I
feel good. I am very happy. I want to use this celebration to show my
appreciation to God for His goodness over my life. Looking back, I know
it must have been God who has sustained me despite many problems. It is a
great thing to be witnessing my 50th year as an actor, and that is why I
have decided to celebrate it elaborately. It is a rare privilege for
me, especially when I consider how I started... 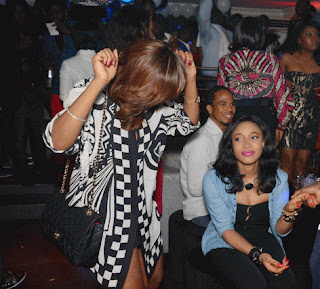 Singer Davido clocked 21 a few days ago and he had a star studded party at Pavada Lounge in V/I to mark the event.
Amongst the guests include Terry G,  Tonto Dikeh, DJ Jimmy Jatt, Yvonne Vixen, rapper Sasha and several others. Of all the photos, it's the cake that caught my attention, btw, Tonto Dikeh was surprisingly quiet during the party, see photos below 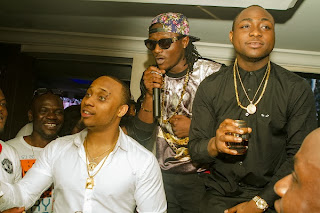 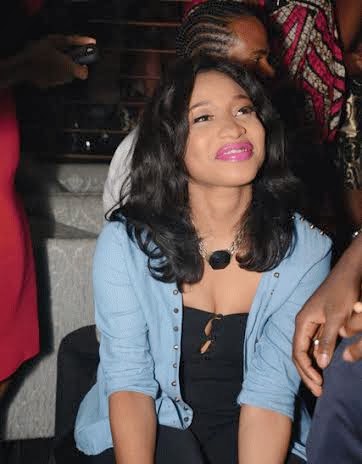 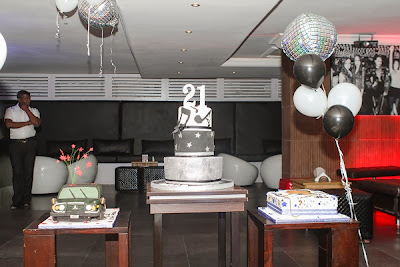 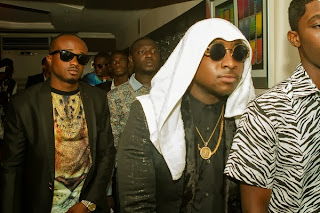