There you have it, movie stars, Genevieve Nnaji and Rita Dominic, are
very much single and the best part is,  they are contended with the status.
The screen divas disclosed this a while ago via instagram and twitter.
Rita
Dominic first made the revelation a few days ago by posting the (first)
photo below which reads “Dating in the 21st century is by far the most
ridiculous process ever. People are so complicated, you have to play
games, you must lie and act like you don’t care even if you do…”
Genevieve who couldn’t agree less with the submissions, re-posted the photo a few hours ago, adding that “I’ve been single for a while now and I have to say it’s going very well. Like it’s working out, I think I am the one.” See photos below:

A memoir of my stay in Ekiti as a Corps member

Tears
I shall not emit, because none of us will die any time soon...join me as I write this memoir of
my stay in Ekiti as a Corps member.

On Monday Nov.5, a vibrant young son of Elder & Mrs Nwachukwu
bounced into the camp site @ about 6pm.   The NYSC scheme is such
that every graduate and undergraduate of Nigeria must long to
experience. Sharing my own experience right down is like listening
to an evergreen R&B song. My expectations towards the NYSC scheme
was not too high,and not too low, to avoid any disappointments.
I strolled into the camp site with my Blue sexy luggage, with two corps
members who boarded the same bus with me from Ojota axis of...

A True Love Story! It’s been 12 months already but it feels like yesterday…

Whoop, it's another Monday and I am so excited cos I get to celebrate another couple on KFB!
I absolutely love celebrating weddings and true love stories!
Our KFB couple (Bolanle and Segun) of the week had their first wedding anniversary yesterday and they were so excited.

With all joy, Bolanle (the beautiful bride/wife) who is full of thanks to God, says the marital journey has been AMAZING, she couldn't have wished for any thing better - aww!

Their love story is gonna thrill you guys...*winks*.
Bolanle and Segun officially met while they were both attending school at Rutgers University in February 2006.  While they... 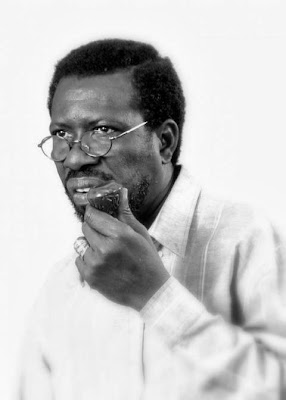 Nollywood
actor Olukayode Odumosu, popularly known as Pa Kasumu, needs N12
million to address the health challenges that are pushing him to the
brink.

He is struggling to stay alive at LUTH as he
battles heart and liver diseases; “secondary prevention of repeat
stroke,” after battling a cardiovascular disease, otherwise known as
stroke.
Speaking with The Nation newspaper, he recounted that his ailment began in 2009.
Since then, he has been undergoing series of diagnostic tests and costly medications.
All these have deprived him of any meaningful professional engagement
in the movie industry; hence, he is suffering serious financial
handicap.
Odumosu, who hails from Odogbolu in Ogun State and recently clocked 6o, said his vision was also failing.
“I
have spent so much on...
Click to Continue Reading