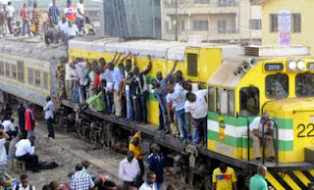 This is so bad! A certain young man was crushed to pieces
while attempting to cross the rail yesterday around Bolade area,
Oshodi, Lagos.
There are actually different accounts to the story, some
eye witnesses claim that he threw himself in front of the train, while
others claim that he was just walking across the railway track with his
friends when a train coming from Agege approached and crushed him into
pieces – his head, hands and legs were cut off while his stomach was
split into two!
See horrific photos below: (Viewer’s discretion advised) 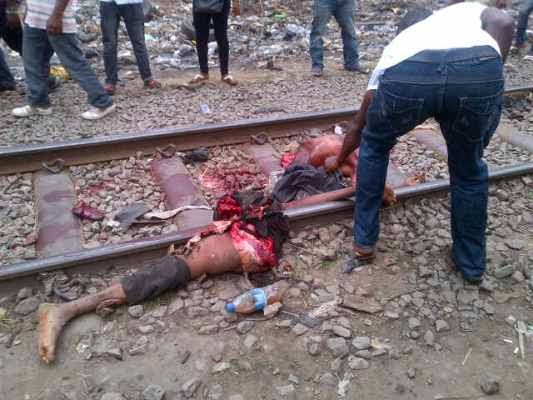 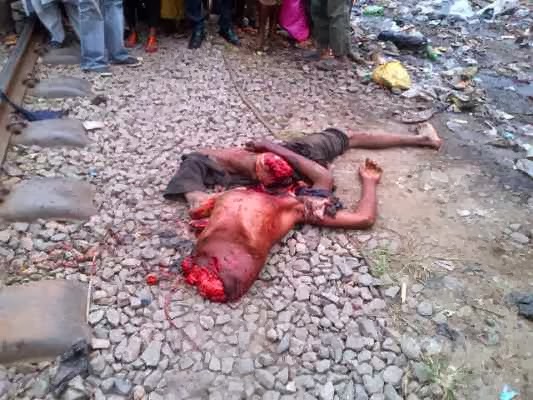