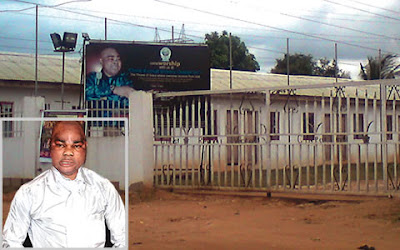 New reports surfacing online claim that the once lively  Revival
Victory Chapel International is now a shadow of itself following the
sudden demise of its’ spiritual leader and founder Pastor Elijah
Iretiola Ajanaku.

The reports further claim that family members of the late Prophet are
presently at loggerheads over who gets the lion share of the properties
he (prophet Ajanku) left behind.


Ladun Liadi
reports that Family members of Late Pastor Ajanaku  have been parading his
home, they are mostly interested in his fleet of cars and they have been
discussing on how to move the cars and who deserves the best. According
to a source, any moment from now, his family members will be back to
move the exotic cars out”
She further reports that no weekly activities have been taking place in the church since their founder died.

His widow is said to become the next General Overseer and has also
moved some valuables to undisclosed locations after her late husband’s
family members have showed interest in their son/brother’s properties.