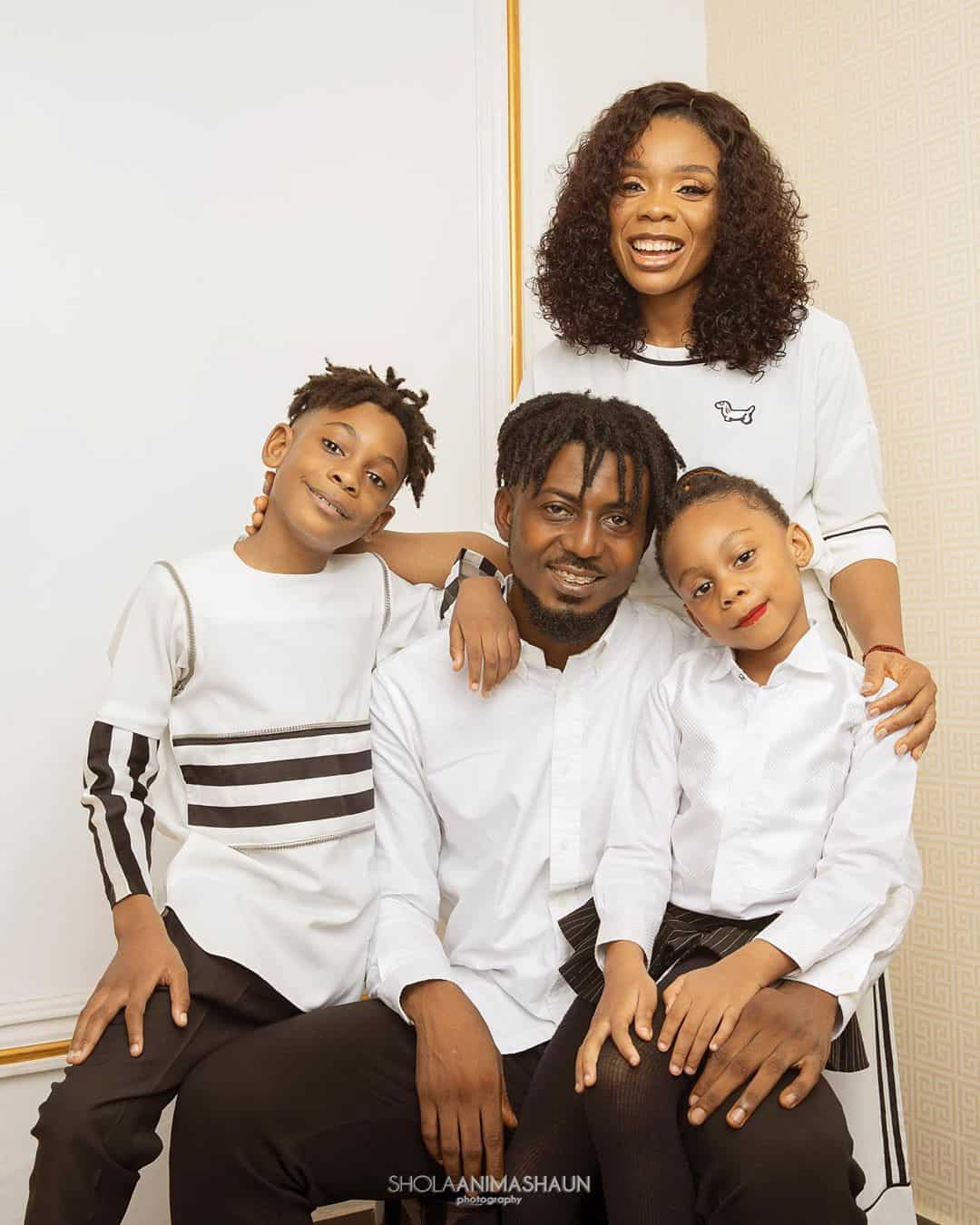 Yup, age is no barrier when it comes to love!
New findings by the NET have shown that Dance Queen Kaffy is 8 years older than her husband, he is 25 (unless he lied in his passport) while she is 33 – so what?!
See NET’s report below:

According to his international passport,
Papy J was born on May 23, 1988. The drummer-music producer who
travelled along with Psquare to the US for their upcoming US/Canada
posted a page of his passport and flight details on his Instagram page
some hours ago.

What this means? He’s eight years
younger than wifey Kaffy, who’s 33, according to NET findings. The
choreographer was 26 when she won the Silverbird Danceathon in 2006. Jospeh Ameh is a member of Psquare’s 14-man music band, he also doubles as a music producer, responsible for Waje’s “I wish” and Psquare’s monster hit “Alingo”.
He and Kaffy got hitched in June 2012 after welcoming their first child in December 2011. They recently revealed they are expecting a second child.
See photos of them and the international passport below: