Isn’t it somewhat pathetic to
know that a number of Nigerian men are going out of their way to
“propose” to young girls, only to lure them into bed? Well, can you
blame these men when the ladies in question have let it out that their
only stated ambition in life is to become “Mrs. Somebody”?
If you have been proposed to several
times only to have the men walk away after they have “gotten some,” then
it may be time to check yourself and be sure you are not giving off the
desperado fragrance everywhere you go. 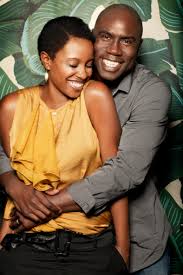 I once knew a lady who told the man she
was out with on a first date that she wanted to get married within the
next six months, so if he wanted to be with her, he would need to start
planning for their future.
Of course the man proposed to her in a
matter of months and promised to see her parents but kept postponing the
visit until he finally broke off the engagement with her without a
reason in particular.
What that lady did not realise is that
by revealing your desperation to get married to a potential suitor, you
drive him away especially, if he needs more than your estimated time
frame to date, court and eventually marry.
So now, he knows you are not the woman
he wants to marry but that does not stop you from being the woman he
wants to sleep with. He will then give you what you want in order to get
what he wants. And once that’s accomplished, he will be on his way in
search of his “Mrs. Right.”
This leads us to the issue at hand: what not to do when dating.
– Try not to discuss “wedding.”
If
he hasn’t proposed yet, he is not your fiancé. Resist the urge to tag
him so on social media and to your friends. No need talking or planning a
wedding with him when he has not officially asked you to be his wife.
That will just be jumping the gun, and it may scare him away rather than
bring him one step closer to proposing. When it is obvious that you two
are in a “serious” relationship, you can begin discussing the future in
easy terms. This way, you can feel his pulse concerning a long-term
relationship with you and if or when he intends to settle down.
– Ultimatums are not the best option
The
thing with ultimatum is you either push the guy away or you hurry him,
which may not end well either way. If he is not ready to marry you but
is afraid to lose you, he may go out of his way to make a wedding
between you two happen, but then what? Once married, he begins to feel
he was rushed and we all know what sort of problems could emanate from
such situations. If he is just in your life to fool around, he will
propose, get whatever it is he is after from you, and then walk away
like he never even cared.
-Do not move in
So
he lives on his own and you want to show him just how much he is missing
if he doesn’t marry you? You move in and become his wife even before he
realises he needs one with the hope that he will finally understand how
lost he has been and pop the question? While this may work for some
women, it doesn’t work for all. And if you are not a 100 per cent sure
it will work, this is a risk not worth taking. Moving in does not
guarantee you a ring or a spot in his heart for that matter. In fact,
there really is no need for him to buy the cow when he is already
getting the milk for free? He will continue enjoying your services as
his live-in nanny and sex toy while he frolics in his singlehood.
– Babies won’t work
It’s
horribly disheartening the number of babies from mothers who tried to
trap men with pregnancies. The problem is: this is the oldest trick in
the most outdated book on earth dug up by some desperately ambitious
women. While some couples got careless and truly didn’t mean to get
pregnant, some women intentionally try to have a baby so that they can
get their love interests to marry them. Women who think this way however
are very selfish and do not put the baby’s best interest into bearing.
What if the father refuses to marry you or refuses the child altogether?
You become a single mother who is left to train her child with no
father figure. When a man believes he is being trapped, he runs faster
than a scared gazelle. So in the end, it is counterproductive.
While in a relationship, the key is to
stay positive, fun, and focused while pursuing your life goals. Making
marriage the beginning and end of your life may just be the reason you
have been kissing many frogs without finding your prince.
Read more HERE
READ
Mo Abudu, FFK’s Ex-Wife Yemisi Wada become sworn enemies
Tags
blog diaries ese grage kemi filani write ups love diaries Love stories mrs somebody
Share
Facebook Twitter LinkedIn Tumblr Pinterest Reddit VKontakte Odnoklassniki Pocket Share via Email Print

Tonto Dikeh ends the year on a good note

A True Love Story! The banker who fell for his customer – Grace and Henry

Diary of a hopeless romantic…Guys you need to learn from this, lol!

My NYSC Story: Confessions Of An “Ajebo Corper”