Leading telecommunications service provider, Airtel
Nigeria, has introduced a new product which enables customers to
receive pictures alongside instant news content while on the move.

The product, known as ‘Mobile Newspaper Service’ is an
improvement on the traditional news alert which offers only short texts
without the complement of images is available to both prepaid and
postpaid customers and accessible on all data-enabled handsets.

For a low rate of N120, customers on the network will get unhindered
access to news and other vital information for one month. Also,
customers can access the service daily for N5 and weekly for N30.

To subscribe for the Airtel Mobile Newspaper Service, customers are
to dial a dedicated code *678#. Once that number is dialed, the news
category will be displayed on the phone screen providing customers with
the flexibility of selecting the category of news based on preference.

On the selection of a category, and acceptance of subscription, the
service is then activated for customers to keep abreast with happenings
in the political, social and general arena as they occur.

Allegri reveals what Ronald will do against Manchester United

Speaking on the Mobile Newspaper Service, Airtel’s Chief Operating
Officer, Deepak Srivastava said the launch of the service is not only
unique, but timely, stressing that it would remove the barrier usually
associated with news sourcing either from the print or the electronic
media.

“As we relentlessly push to become the most loved brand in the daily
lives of Nigerians, we are mindful of the fact that delivering
first-rate services that uplift the lives of our customers cannot be
compromised. Airtel mobile newspaper service would provide delightful
news experience at the click of a button for low and high networth
individuals as well as the youth especially students”, Srivastava
stated.

He reiterated that as the largest 3.75G network in the country
covering over 200 towns including Abuja, customers would continue to
enjoy value propositions that are second to none in the industry. 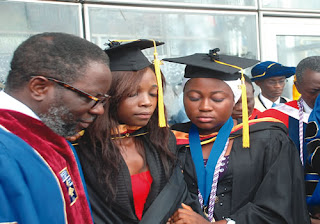 This is so sad - losing your beloved ones on your supposed day of joy!

One of Babcock's best graduating student, Margaret Okwuikpo, lost eight
members of her family in a horrific auto accident on Friday May 31st in
Port Harcourt. Margaret's father, grandmother, sisters, brothers and a
cousin were on their way to her graduation ceremony, which was to take
place on Sunday June 2nd, when the commercial bus they were traveling in
crashed.
Margaret's mum, brother-in-law and two other people survived the accident and are being treated in the hospital. It is well with them...

He is less than 18 but his performance superceded that of some adults that auditioned for the Glo X factor.

Unlike some of the performances that got us cracked up, this young Ghanian did something to us - we were touched.
His special rendition of Whitney Houston's "I look to you" was mind blowing!
M.I described his performance as "the most amazing voice he has heard
in a long while" while Onyeka Onwenu who couldn't hold back her tears,
embraced him and described the performance as symbolic.
Even though he was considered to young (LESS THAN 18) for the
competition, his performance is something that the Glo X factor judges
wouldn't be forgetting in a long while.
See video