Smoke emanating from firewood used for
cooking is the third greatest killer of women and children in Nigeria,
statistics from the World Health Organisation, WHO, has revealed.

The organization said that 93, 300 deaths occur in Nigeria as a result of smoke from traditional biomass stoves.

“After malaria and HIV/AIDS, smoke is the biggest killer of mostly women and children.

“In addition to this health problem, traditional biomass stoves burn
90 per cent more wood than is necessary. This has cost poor families and
institutions money that could be put to better use on education,
health, and nutrition,” the global health body said.

Also, an estimated 72 per cent of Nigeria’s population depend solely
on firewood for cooking, a non-governmental organisation, the
International Centre for Energy and Environmental Development, ICEED,
also said.

The Executive Director of the Centre, Ewah Eleri, said this in an interview in Abuja on Tuesday.

Mr. Eleri noted that 20 per cent of the global population
lacked access to electricity while 40 per cent relied on traditional use
of biomass for cooking.

“The UN estimates that if nothing is done by 2030, 900 million people
would not have access to electricity, and three billion will still cook
with traditional fuels.

“Thirty million people would have died due to smoke-related diseases;
just many hundreds of millions will be confined to poverty due to the
lack of access to energy.

“Countries like China have connected 500 million people to
electricity in rural areas since 1990, while Vietnam has increased
coverage from five per cent to 98 per cent in 35 years.”
He who hath an ear, let him hear!!!

NYSC Service Should Be Extended to Two Years- Governor Jang 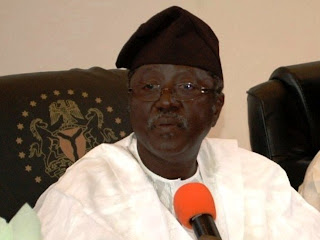 Governor Jonah Jang of Plateau on Tuesday advocated for the extension of
National Youth Service Corps (NYSC) service to two years so as to allow
for military training. “The youth corps members are supposed to
receive military training for a...