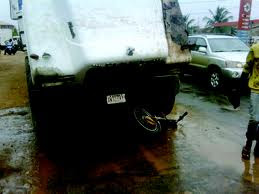 Angry commercial motorcyclists (Okada riders) went on
rampage on Wednesday evening in Akowonjo area of Alimosho Local Government
when an okada rider was crushed to death by a fast moving truck at
Akowonjo roundabout while trying to flee from Police men who wanted to
arrest him for no reason.
The incident occurred around 6pm. The victim, Rahman is a tailor,
who used to run okada business in the evening. He is said to be 27years
old. A pic of him after the cut…Viewers discretion is advised. 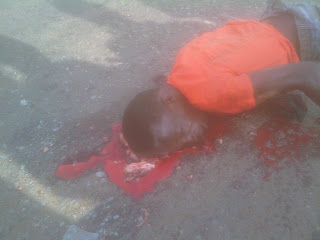