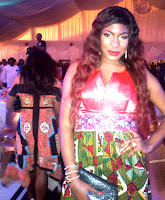 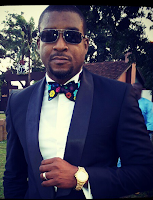 The president hosted a presidential dinner, on Saturday March 2nd at the State House in Marina, Lagos. to celebrate Nollywood at 20.

The event which had about 750 selected guests including A-list actors, actresses, movie producers/directors, top corporate executives, politicians among others, was put together by the Presidency to celebrate the successes of Nollywood over the past 20 years.
During the event, President Jonathan unveiled a pictorial book titled ‘Icons of Nollywood’ – and promised to pump N3 billion into Nollywood  in order to empower the industry while Governor Godswill Akpabio of Akwa Ibom promised to finance a N50million ‘Goodluck Jonathan Prize Award’  which will be shared by the best Nollywood actor, actress, film maker and other award categories.
See photos after cut:

How Armed Robbers Attacked Me and My Family Today - Denrele Edun