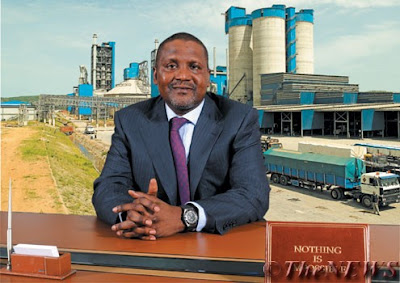 According to the list which was released on Monday by Forbes, Dangote
and the Chairman of Globalom, Dr. Mike Adenuga were the only Nigerians
on the list. Adenuga ranked 269 on the list with a net worth of $4.7bn.

Dangote, however, retained his position as the richest man in Africa and
the richest among manufacturers in the world with a net worth of
$16.1bn.