A series of blasts targeting buses loaded with passengers in Nigeria’s second city of Kano on Monday killed at least 20 people, a rescue official
“I saw three buses on fire. One of them was fully loaded with passengers waiting to leave the station at the time of the blasts. At the moment there at least 20 dead,” said the rescue official who requested anonymity.
Residents said the explosion occurred at a bus station in city of Kano on Monday, causing panic and injured bystanders to flee the area, .
The security forces did not immediately comment on the blast in the Sabon Gari area of Kano.
“There was a huge blast at the New Road motor park,” said area mechanic Tunde Kazeem.
“The blast was followed by billows of black smoke and there was a lot of confusion with people rushing out of the motor park, some of them with blood on their clothes.”
See photos after cut…(Viewers discretion advised) 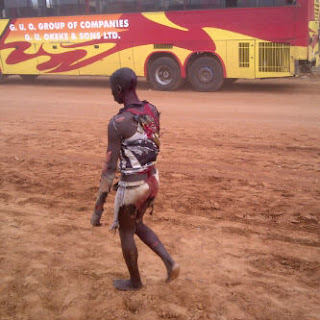 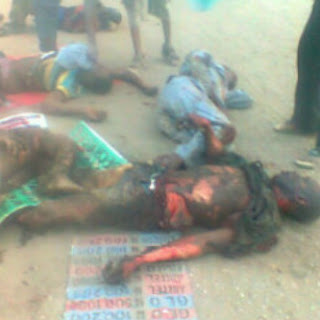 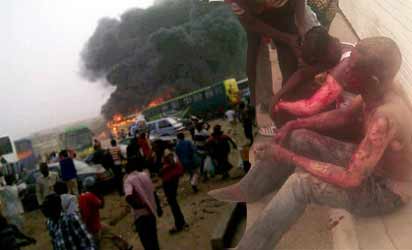 “I am still in charge” – NSCDC Commandant, Shem Obafaiye, speaks on suspension