Seriously?! All becos Jonthan Goodluck paid the state a visit, it’s governor is declaring Tomorrow (Friday) as a public holiday…like for real, is it up to that?! 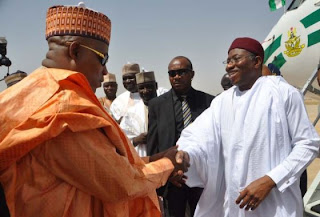 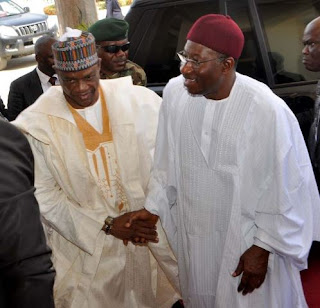 See how Vanguard reports it:
Borno State government has declared Friday, as work free day to
enable civil servants welcome President Goodluck Jonathan who would be
in the state on a two-day working visit.

The state Police Command has also denied the killing of a Divisional
Police Officer, DPO, and his deputy in the suspected Boko Haram attack
on Monday evening.

Some terrorists laid ambush for some policemen in Gwoza Local
Government Area of the state barely 17 hours after killing a Police
Mobile Force Training Camp Commandant in Maiduguri, “leading to the
killing of seven people,’’ just as ‘’a bank and a police station were
also torched during the attack.”
Jibrin stressed that the doors of the Borno State Police Command were
open for  practising journalist to verity their facts to avoid
publishing false information.