First Lady, Patience Jonathan, on Sunday during her (thanksgiving service) opened up on her
controversial medical trip last year, admitting for the first time she
ailed terribly and was close to dying. 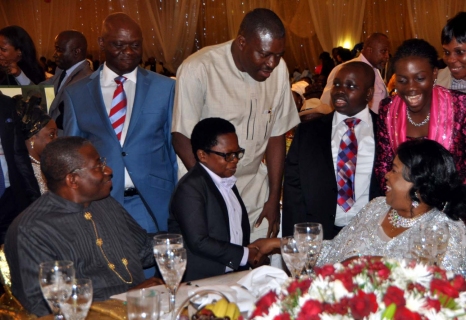 Mrs. Jonathan, who spoke at a special thanksgiving service at the Aso
Rock Chapel where the first family worships, said she underwent
multiple surgical operations and at some point her doctors lost hope
after she “passed out for more than a week.”
“It was not an easy experience for me,” Mrs. Jonathan told the
congregation which included senior government officials. “I actually
died. I passed out for more than a week. My intestine and tummy were
opened.”

“I am not Lazarus but my experience was similar to his. My doctors
said all hope was lost. It was God himself in His infinite mercy that
said I will return to Nigeria. God woke me up after seven days,” she
narrated.

Actors Aki and Paw Paw were there…plus over 15 governors and their
wives plus former Ghanaian president John Kufour plus FEC members plus
VP Sambo and his wife, plus former heads of state plus over 3,000
guests. 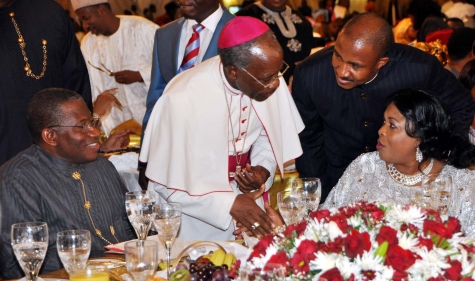 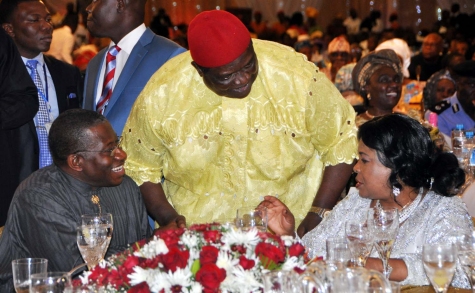 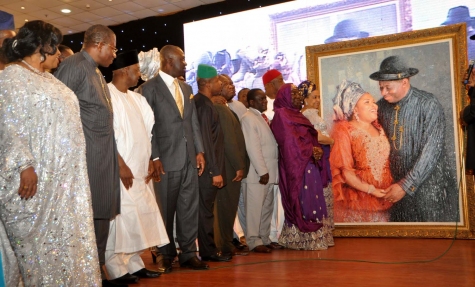 Mrs. Jonathan’s remarks at the church service, was the first time the
presidency would admit the First Lady was seriously sick as widely
speculated in 2012.
See video below:

Goldie's last live performance with her husband in their Parkview home