Reports coming out of Nollywood
indicate that the adaptation of Chimamanda Adichie’s award winning
book, Half of a Yellow Sun, will be screened at the 2013 FESPACO film
festival, opening in Ouagadougou, February 23.
The feature film has a cast that includes Thandie Newton,
John Boyega, Chiwetel Ejiofor, Dominic Cooper, Anika Noni Rose, and
Joseph Mawle. Nigerians involved in the project are Biyi Bandele,
directing, Cobhams Asuquo and Keziah Jones, both composing original
music for the film, and Genevieve Nnaji with small acting part. Most of
that small role may have ended on the editing/cutting room floor.
Like I’ve learned since I started doing movie reviews,
all adapted films have three stages – there’s the book, then the
script, and finally the director’s vision. So anything can happen to
change around a story during those stages. If you’ve read the book,
you’ll know there’s a heartbreaking love story involved, but I’m not
sure which part Genevieve is playing. 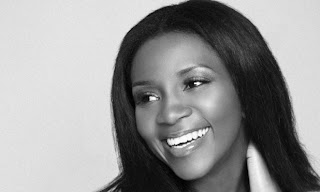 E247Mag writes that we’ll still see Genevieve in a scene or two, I hope it is more than that.
But whatever happens, I’m sure she, as well as the other Nigerian crew
that took part in the Calabar production must have learnt a lot by being
part of the making of the Half of a Yellow Sun movie. This is the official synopsis released by the film’s producers:

… weaving together the lives of four people swept up in the
turbulence of war. Olanna (Newton) and Kainene (Rose) are glamorous
twins from a wealthy Nigerian family. Returning to a privileged city
life in newly independent 1960s Nigeria after their expensive English
education, the two women make very different choices. Olanna shocks her
family by going to live with her lover, the “revolutionary professor”
Odenigbo (Ejiofor) and his devoted houseboy Ugwu (Boyega) in the dusty
university town of Nsukka; Kainene turns out to be a fiercely successful
businesswoman when she takes over the family interests, and surprises
herself when she falls in love with Richard (Mawle) an English writer.
Preoccupied by their romantic entanglements, and a betrayal between the
sisters, the events of their life loom larger than politics. However,
they become caught up in the events of the Nigerian civil war, in which
the lgbo people fought an impassioned struggle to establish Biafra an
independent republic, ending in chilling violence which shocked the
entire country and the world.