#1: Kim Kardashian
Kim K. tops Yahoo’s list of the top-searched celebs of 2012. She has managed to
stay in the headlines this year thanks to the on-going divorce drama between
her and her ex, Kris Humphries; her new romance with Kanye West; a couple of
lawsuits; and the on-going antics that occur on one of her family’s many
reality shows. 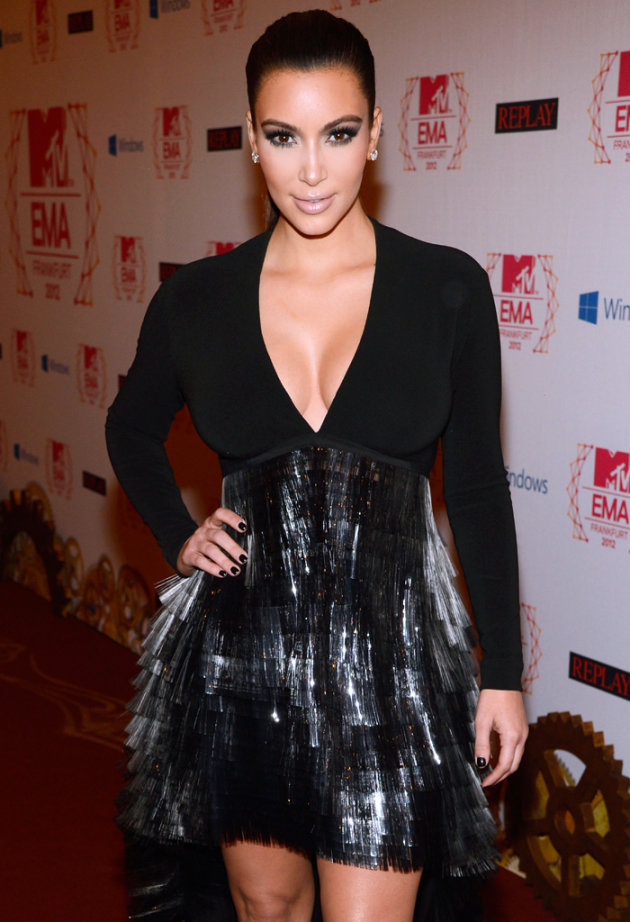 #2: Kate Upton
Kate Upton,  the sexy model made quite an
impression in her teeny-weenie bikini while gracing the cover of the 2012 Sports
Illustrated Swimsuit Issue, which was unveiled on the “Late Show With
David Letterman” in February. Though Victoria’s Secret slammed the
20-year-old blond bombshell by saying she would “never” be cast to
walk in one of its runway shows, the voluptuous Upton managed to make her way
into the pages of American Vogue, and more recently covered the November
issue of Vogue Italia.
#3: Lindsay Lohan
The actress was accused of striking a man with her car in NYC (she was arrested
in the September incident, but not charged), got into two separate fights
several days apart at The Standard Hotel in West Hollywood, and crashed her car
into a big rig in June. She also was investigated by police in a $100K jewellery
theft at her friend’s home, claimed she was attacked by a man she brought back
to her NYC hotel room (cops later said there was no evidence of that), and more
recently, was in jeopardy of having her probation revoked, accused of lying to
police about that June accident. She also showed up late to film a guest spot
on “Glee” (and hadn’t learned her lines), fell into such a deep sleep on the
set of “Liz & Dick” that paramedics had to be called to the scene, claimed
people were overreacting about Hurricane Sandy before it struck, and cancelled
her interview with Barbara Walters at the last minute. And just last week, Lohan
was arrested again for allegedly punching a woman at a Manhattan nightclub.
#4: Jennifer Lopez 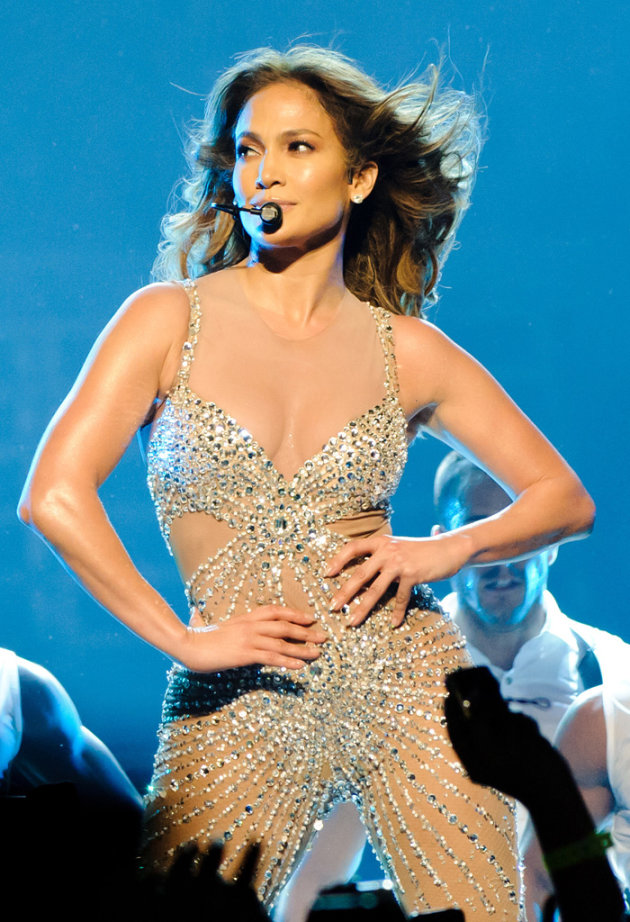 2012 was a big one for Jennifer Lopez’s career. She announced that she would be
leaving “American Idol,” starred in the big-screen comedies
“What to Expect When You’re Expecting” and the animated “Ice
Age: Continental Drift,” released a greatest hits album, and co-headlined
a world tour with Enrique Iglesias. Whew! But the real reason people were
searching for J.Lo, 43, was to get updates on the singer/actress and her
much-younger, backup dancer boyfriend, Casper Smart, whom she began dating in
November 2011, just four months after she split from husband Marc Anthony. By
the time Anthony filed for divorce in April, Lopez had already bought her flame
a Dodge Ram truck for his 25th birthday and she later named him the
choreographer for her tour. Surprisingly, the couple is still going strong and
celebrated their one-year anniversary on October 25.
#5: Katy Perry

Katy Perry started making headlines as soon as 2012 began thanks to her breakup
with Russell Brand (he filed for divorce on December 30, 2011). But the pop
star wasted no time getting back into the dating game, and piqued our interest
when she was spotted spending time with none other than serial heartbreaker
John Mayer, who’s been linked to Jennifer Aniston, Jessica Simpson, and Minka
Kelly, among others. Perry and Mayer first coupled up in June, then split in
August, and reunited in September. In addition to her on-again, off-again
romance, Perry kept our attention by sporting more outrageous ensembles (like
the ballot dress she wore while campaigning for President Obama in November),
showing off her wild manicures, and, of course, releasing fun pop songs like
“Wide Awake,” which she performed in the summer 3D concert movie,
“Katy Perry: Part of Me.”

#6: Justin Bieber
Justin Bieber is the only male to land a spot on Yahoo!’s Top 10 Most-Search
Celebs of 2012 list. Whether he’s strutting his stuff onstage or simply
grabbing a bite at IHOP, the teen heartthrob – who released his third album, Believe
in June – keeps his fans captivated and clamoring for any juicy tidbits they
can get. And this year, between his scuffle with a photographer, multiple new
tattoos, getting pulled over for speeding in his Karma Fisker, and breaking up
and getting back together (twice) with girlfriend Selena Gomez, there was no
shortage of news when it came to JBiebs
#7: Kristen Stewart
Kristen Stewart made quite a name for herself in 2012, and it had to do with
more than just the final installment of “The Twilight Saga” being
released. After she apologized for cheating on real-life love Robert Pattinson
with her married “Snow White and the Huntsman” director Rupert Sanders in July,
the public’s interest in the actress skyrocketed. Would RPattz take her back?
In the end, he did … just in time for the couple to start promoting
“Breaking Dawn – Part 2” together. And every time Stewart – who also
starred in “Snow White” and “On the Road” (in theaters
December 21) this year – hit the red carpet, fashionistas waited with bated
breath to see whether or not she would pair her designer gowns with sneakers in
typical KStew style.
#8: Britney Spears 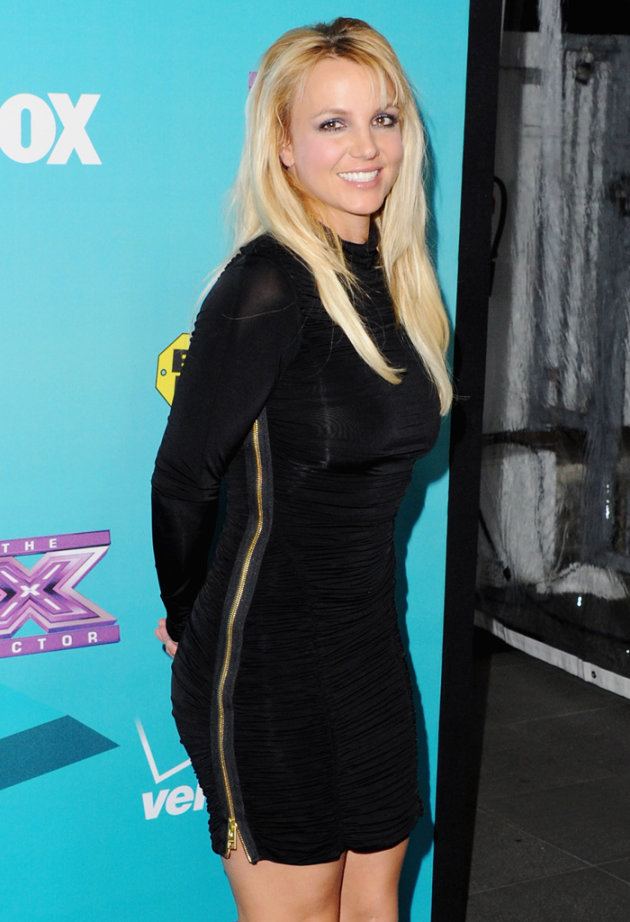 Britney Spears has been a hot topic for years – but not always for positive
news. In 2012, however, the “I Wanna Go” singer grabbed headlines when she
signed a $15 million contract to become a judge on Simon Cowell’s “The X
Factor.” Though things got off to a rocky start – she stormed off the set
during auditions following a panic attack – Brit surprised viewers by revealing
her catty side and delivering sassy one-liners when the show premiered in
September. Now, the world is just waiting to see if and when the pop star and
her fiancé, Jason Trawick, will tie the knot!
#9: Jennifer
Aniston
Even though it’s been many years since “Friends” was must-see TV and her
marriage to Brad Pitt came to an end, Jennifer Aniston is still really
interesting to people – particularly when it comes to her personal life.
Following years of constant speculation about whether or not she would ever
find love again (and whether or not she was pregnant!), Aniston only
intensified the fervor when she got engaged to boyfriend Justin Theroux after
dating for a little over a year. Just wait until they actually walk down the
aisle!
#10: Miley Cyrus 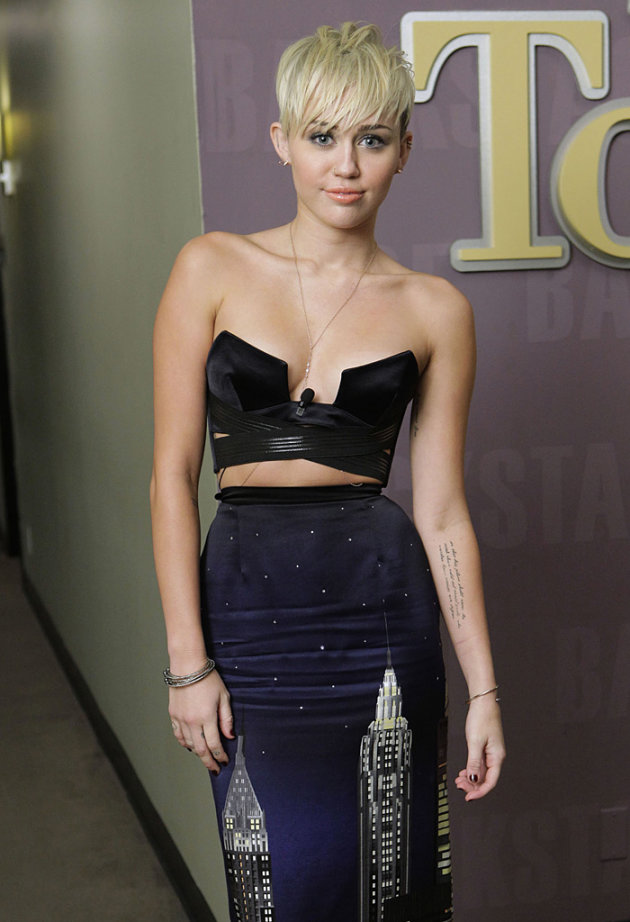 It’s no surprise that Miley Cyrus earned a spot on Yahoo!’s list of the Top 10
Most-Searched Celebs this year. After all, she gave us plenty of reasons
to type in her name, whether we were contemplating her super-thin physique
(courtesy of Pilates), her edgy new hairdo, her guest-starring role on
“Two and a Half Men,” too-cute dogs, or that gorgeous 3.5-carat
engagement ring Liam Hemsworth gave her in May. Hey, she’s just being Miley!
READ
Nnamdi Kanu speaks on Igbo presidency
Tags
op searched celebs in 2012 top searched celebrities in 2012 Yahoo's top searched celebrities of 2012 yahoo's top ten celebrities of 2012