Hehehe! This story reminds me of P-square’s ‘Do me, I do you, Man no go vex’…
Over the weekend, 10 LAG buses belonging to the Lagos State
Government were impounded in Ota, Ogun State and packed in Obasanjo
Farms.
The action was carried out in retaliation over the confiscation of a utility vehicle last
Friday belonging to Obasanjo Farms owned by the former President, Chief
Olusegun Obasanjo.
The vehicle belonging
to Obasanjo Farms was seized by the officials of Lagos State Transport
Management Agency (LASTMA) for contravening traffic law and after
Obasanjo’s efforts failed to get the vehicle released, his company
allegedly instigated some miscreants to forcefully seize over 10 LAG
buses that crossed the Lagos-Ogun boundary in Ota. 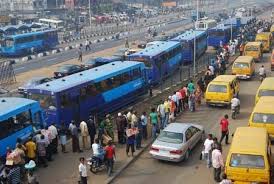 The Governor of Lagos State, Babatunde Fashola
turned down Obasanjo’s pleas for the release of his vehicle but instead
advised him that his company should obey the law.
Also,  following the alleged seizure of the LAG buses, the
management of the bus company has halted all further operations to Ota
axis until further notice.
However, efforts to reach LAGBUS Managing Director, Mr. Babatunde Disu proved abortive.

Teacher flogs student to death for not doing homework