The Ekiti State Government has directed the closure of 131 private schools.
The order, which was given today by the state Ministry of Education, affected both primary and secondary schools.

The Commissioner for Education, Science and Technology, Dr. Eniola Ajayi, who made this known while addressing Journalists in Ado Ekiti, said that owners of the affected schools had been warned severally to properly register them.
She said the schools were given six months deadline to meet the standard set by the state government for the running of private schools.
Ajayi, however, said that the proprietors of the affected schools remained indifferent to the directive.
She reiterated the commitment of the government to the provision of a conducive learning environment that would enhance the performance of students.
The commissioner said that government would not compromise the future of the children in the state under any circumstance.
Good work, Ekiti!!!

Lagos ranked as most innovative city in Africa

Yayy! Thumbs up to Lagos....*dancing mood*
The rapid transformation of Lagos city in the last five years got world attention at the weekend as two renowned international bodies, Citigroup and Urban Land Institute, ranked her as one of two most innovative cities in Africa. The other city is Cape Town in South Africa. 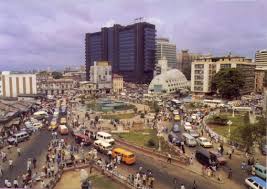 According to the ranking, Lagos got the nod of the international bodies for its population, rapid progress and potential as well as positive economic climate and potential for investors while Cape Town was ranked for its green space and massive investment in public transportation, technological research and the environment.
A statement from Urban Land Institute which said the shortlisted cities “provide new avenues which reflect remarkable, forward-thinking decisions on the part of municipal leadership”, also described Lagos as one of the...
Click to Continue Reading
News

UPDATE: Why we could not save the 4 UNIPORT students – IGP

The Inspector General of Police, Mohammed Abubakar has revealed why the police failed to save the four students of the University of Port Harcourt, gruesomely killed by a mob in Aluu, in Rivers state on 5 October.
In a statement issued on Monday in Abuja, the Inspector General of police explained that his men were chased away with stones by the mob attacking the boys. He said when a reinforced team of policemen returned to the scene, the boys had been killed and burnt by the mob.

“On 5th October, 2012 at about 0700Hrs, based on a distress call that some armed robbers were arrested at Omukiri-Aluu area in Ikwerre LGA, a patrol team of four Policemen from Isiokpo Divisional Police Headquarters was dispatched to the area, a distance of about 10kms. The...

Why I still Prefer My Blackberry To Other Mobile Devices

The advent of iPhone 5 and other new gadgets, has positioned the Blackberry to fall in the class of 'old-fashioned' phone models but the fact is, I still prefer my Bold 5 to any of these devices.
These are the reasons why I can’t trade my Blackberry Bold 5 with Samsung Galaxy 3 or Iphone 5 .
1. Blackberry Messenger. Yea, this must be my number one. I know you are probably flexing with Whatsapp, 2go, facebook chat etc on your apple or samsung devices, but I can still enjoy those chats in addition to my blackberry messenger. Infact, BBM is monopolised and can only be used in Blackberry devices.