May D, the up and coming hip hop artiste who was sacked from Square
Records owned by Psquare may soon seek redress in a court of law.

Some weeks ago, a statement signed by Jude Okoye, the elder brother of
the Psquare, Square Records said they have terminated their contract
with May D and would no longer have anything to do with his career.
Close friends of May D disclosed that May D was not informed
about the termination of his contract, rather, he read the news like
every other person on entertainment blogs and newspapers.
The latest news is that May D is putting arrangement together so he
can drag Psquare to court. A punch newspaper reporter said the singer is
already talking to his lawyers. As soon as that is done, an official
statement would be made available to the media depending on the advice
of his legal team.

Fans react to Kevin-Prince Boateng signing: "One day Valverde will sign a fisherman to Barcelona"

The General Overseer
of the Redeemed Christian Church of God (RCCG), Pastor Enoch Adeboye
has said that Nigeria will soon be counted as one of the best nations in the world. (Wow, I am so excited...can't wait for that time to come)

Adeboye, who spoke with journalists on Friday, urged Nigerians not to give up on the nation.
Adeboye, who spoke through Assistant Pastor of RCCG National
Headquarters parish, Pastor Goke Aniyeloye, said: “It is God’s desire
that all men and women live to fulfill their dreams.  But many people
are frustrated in life.
“They are unable to keep their dreams alive while some have failed because they believe that it is their destiny to fail.”

Then and Now: Benita and Bellarose Okojie

By Tireni Adebayo
Do you remember the very
little Benita Okojie? (The days of Osamudieme, Iyere…)Well she's
all grown up now, check out her sister too. I remember how I would scream for joy when AIT or any other TV channel was playing any Benita's songs back then.
Click to Continue Reading
News

Yayyy! Hip, Hip, Hip, Jooray!!! So, a fellow blogger and a colleague of mine celebrated her birthday this week...it was actually on Monday (yeah, I'm probably the last person wishing her a 'happie birthday' but sometimes, it's fun being the last to wish a special person a happy birthday...it shows how much U truly love and appreciate the celebrant *winks*)..lolz!

Her name is Oluchi Uwaj and she runs her blog here. 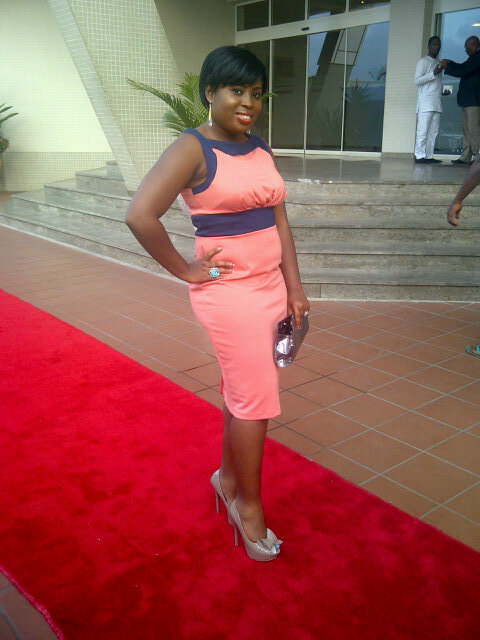 You see, Oluchi is an amazing (to an extent, sometimes she can be troublesome) young lady who loves to be described as "a socialist...half godess, half woman and CEO of i dey para records and couture".
She is fun to be...