To quicken the recovery of the First
Lady, Dame Patience Jonathan, officials of Horst Schmidt Klinik, the German
Hospital where she is receiving medication, yesterday, barred visitors and some
top Nigerian officials, who went to see her from, doing so. 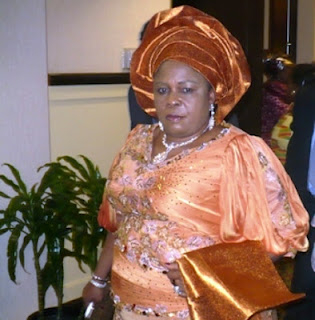 An official of the hospital said
that some top Nigerian officials, including diplomats were barred from seeing
Mrs Jonathan to enable her have deserved rest to quicken her recovery.
The official also confirmed that the
President’s wife had earlier been treated for food poisoning back home before
being brought to Horst Schmidt Klinik early last week after the management of
the hospital had been contacted and briefed on her deteriorating health
condition.
Confirming that the First Lady was
getting better, the official, who spoke on condition of anonymity, declared
that the hospital management would ensure that she was fully fit before she
would be allowed to go back to Nigeria.
A competent source said that the
Presidency might be compelled to release the ‘true position’ of Mrs. Jonathan’s
health condition to put the records straight and end the deluge of fabricated
stories trailing her health condition and whereabouts.
READ
Confusion on Schools’ resumption as Buhari relaxes lockdown
Tags
enemies poison patience Jonathan is it true that Patience Jonathan is sick Nigeria's first lady in Germany Nigeria's first lady is sick Patience Jonathan in Germany

This year's independence day celebration will be low key-FG

Patience Jonathan in Europe for treatment after falling sick AGAIN