Why
do ladies lie about their age? Not all ladies lie but 70% of them do.  As a matter of fact, I regrettably jokingly told that lie to a cool dude this morning.

A friend of mine once said and I quote “ask any woman how old she
is, at first she does not say anything and when she does, she reduces it (she
rarely increases it).  Another friend said
“Girls have 3 different ages, the personal age (which is probably for RUNz), Official
age (For official reasons *winks*) and then her real age (known by her, family
and a few very close friends).
One of the
reasons why women do not tell their real age is probably they are scared of
growing old, plus, every woman likes to be told she looks younger for her age. A woman that looks younger than her age is
most likely not to lie about her age, because well, she still got it going on
physically.

When you actually tell any lady that she looks older than her age, it hurts
her.  So they lie that they are a few
years younger, to feel young, and not have you thinking about them as being old
and not being able to “do it”
any more.
Another
reason why women lie about their ages is because they feel they have not
accomplished what they ought to have accomplished at that age. Say for instance, she is almost 30 and she
is still single, or she doesn’t have a stable job yet…she would definitely lie
about her age.

Ruth Umererwa in an interview said “when I was 15, I used to wish that 1 was older so I could do a lot of stuff
and belong, but now that 1 am 27, I wish I were much younger. The thought of 27
kills me. It makes me feel so old. That is why I lie.”
When it
comes to dating, the first thing men want to know is the girl’s age and woe to
her if she is not in her 20s. “No man would want to marry aged woman because
girls grow older quickly after they have had their first born babies,” says
Ruth Umurerwa (Guys, is this true?)
Well, I personally do not see any
reason for a woman to lie about her age. It is better you keep quiet when you
are asked than lie about it.
“Anyway, who
cares, we know women are secretive and sensitive when it comes to mentioning
their age,” says Robert. He claims to have gone to more than five ladies’
birthday parties without the girls mentioning their right age.
Edward says
that all people lie but it depends the way you package your lie. Sometimes lies
bring trouble, warns Edward.
How Policemen dragged my husband till he died – NSCDC officer’s widow

Fashion Queens of the week: hehehe# 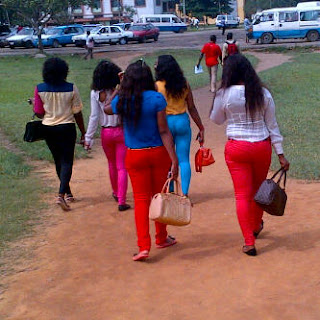 This got me giggling. Fine, they are probably trying to keep up with the color blocking fashion but seriously, does this look nice on them....especially that one on blue trousers...lolz

Don Jazzy donates N2 million naira to save a life

Mavin Records CEO and prolific music producer, Don Jazzy has donated N2
million to save the life of a certain Funmi Lawal. #SaveFunmi was one of the trending discussions on twitter yesterday. Funmi Lawal is the 2011 UNILAG law graduate who was recently diagnosed
with malignant sacorma, a kind of cancer at the shoulder region. 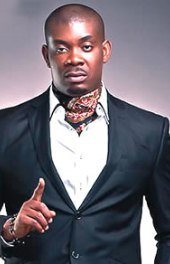 Funmi was in need of N4 million for surgery so 'Generous' Don Jazzy decided to quietly donate 2M to the cause. He's such a generous, kind hearted human
being and good deeds like this need to be appreciated and encouraged.

By Tireni Adebayo
Could it be luck, fate or straight Jazz,
correct juju charms?!!
These
are the questions a combined team of police officers and members of a vigilance
group in Osun state are yet to unravel, when a robbery suspect they shot 20
straight bullets survived it.

Adedeji Ojo, who is in his early 30s, was a member of a four-man
robbery gang that operated on the Ibadan/Akure Expressway and Osu/Ilesha
Road in Osun State for months before their arrest recently.

The suspect, who received 20 dane-gun bullets from the vigilance
group, confessed that he belonged to the four-man gang. The combined
team of policemen and the vigilance group laid an ambush...