The Vice Principal of Elume
Grammar School, Elume in Sapele Local
Government area of Delta state has gunned
down the Principal of the same school,
who was his lover. (Nollywood movie, Gen-Ghen) 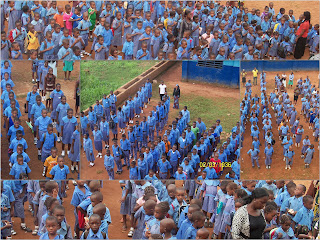 According to City People, “When
the going was rosy, they both decided to divorce their spouses,
so that they could
get married. Unfortunately, the Principal fell in love with one of the
male
youth corpers serving in her school, so she went as far having him living with her”
(Nawa oh).
The action made the vice
principal jealous and thus shot her, to teach her a lesson.
He has since been
arrested.

But seriously, that
woman has got some ‘liver’ oh, dating three men simultaneously
and yet married,
and to think she is a principal.
What lessons would she pass on to the students
in the school?

The man who wants to die is dead