In an interview with this man,
Brother Sadiq, who was shown the vision of hell after a forty day fasting
exercise, it was revealed that top Nigerian pastors are in hell.

Sadiq in
the interview said “The Lord said ‘come
with me’ and the next thing I saw is
that we were walking together in hell. When we got to hell, the Lord said to me, ‘this is the place you wanted
to see, don’t be afraid because of who I will allow you to see, and what I will
show you’ …the Lord said I will allow you to
talk with three men who were top preachers from your country but are now in
hell’…the first person I talked with was Archbishop Benson Idahosa (Church of
God Mission International)…the next person I talked with was Baba Paul Gindiri (New Life for All)…the
next person I spoke with was Pastor
Philip Mokungah (Oasis Church, Plateau state)…

While I was talking with him, I
also saw a woman who was a very popular female preacher from Nigeria – She
introduced herself saying, “See me, see me, see me, Bimbo Odukoya,” but
I was not allowed to talk to her but she was allowed to talk to me. She said
what brought her there was secret sin, though she did not state what the
secret sin was. The Lord made it clear that it was iniquity that took
her there…Ten other people spoke to me but I was not allowed by the Lord to
speak to them. Eight of them are of other nationalities (Non-Nigerians)…

(this is
just an excerpt…the full interview is here)

So, this week's diary is quite emotional. This story moved me alot so I decided to share it...enjoy! 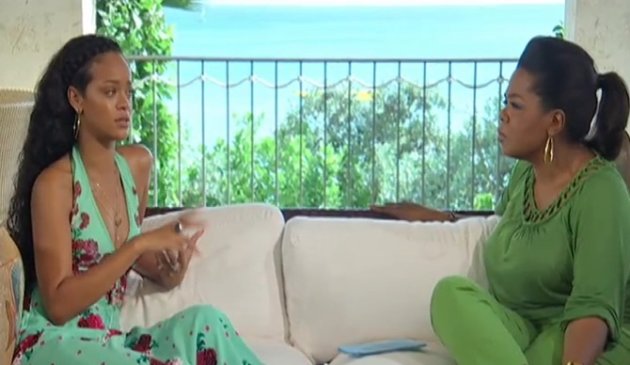 Her eyes welled with tears as she
talked about him to Oprah.
"We have maintained a very close friendship...we built a trust again and that's it. We love
each other and we probably always will and that's not anything we're
gonna try to change," Rihanna said.

"It's awkward because I still love him. My stomach drops and I have
to maintain this poker face and not let it get to the outer part of
me...I think he was the love of my life."