Honestly, I belonged to the school of thought that says “Wizkid is a teenager”…I used to think the Pakurumo singer was 17/18 years old or there about…but now, I know which is *winks*. 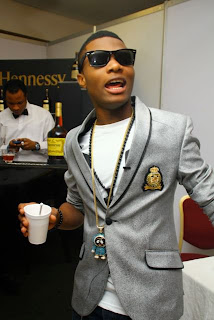 Talented Nigerian music star Ayodeji Ibrahim Balogun popularly called Wizkid is currently in a festive mood as he turns 23 today.
Wizkid was born on the 16th of July year 1989 in Nigeria.
He came into limelight in 2009 after a collaboration with M.I on the his songs “Fast Mony, Fast Cars”
Ayo Balogun who recently got BET Awards for Best International Acts (Africa) has a unique singing style with over 1,000,000 fans worldwide. So far, he has received lots of greetings from fans, well wishers and fellow stars (Akon and the likes) on twitter.
Now that the singer is 23, it seems he no longer wants to be called WizKid, but Wizman…he tweeted this yesterday

Off Made In Lagos, Wizkid drops ‘No Stress’

I want to have a one night stand with Wizkid – Popular actress, Koko Pat cries out