BBNaija Uriel cries out after spending millions on Chanel bag, says she is broke 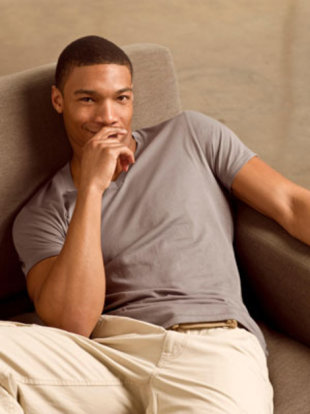 #LiesMenTellWomen is trending on Twitter right now, and here are the most common whoppers men tell their girlfriends and wives-and what the real deal is behind each.

“He figures it’s much easier to just say this than to try to explain the
real reason he’s running late,” says John Amodeo, author of The Authentic Heart.

Guys usually throw you this line when you’re making them meet you at
some event they don’t want to attend – like, say, your family reunion. He can’t exactly
refuse to go without enduring serious repercussions from you, and he
can’t very well throw a temper tantrum in front of your pop-pop. So
saying this and then showing up late is his way of gaining a wee amount
of control.

This lie could point to a serious problem – and we’re not just talking
about your relationship. If he says it often he could have an alcohol
issue, Goldsmith says. You need to talk to him about how concerned you
are, but watch the timing. “That’s definitely a conversation you need to
have when he’s sober,” Amodeo adds.

These three lines all mean the same thing: I screened your call.
Why? “Often men will feed you these lies because they’re afraid to tell
you to back off a bit, that they need a little alone time,” Amodeo says.
You might want to ease up on the checking in and let him miss you more.

Look, if you assail him with the question in the first place, you’re
really just asking to be thrown this all-purpose mollifier. This is the one safe response he knows, so there’s no way he’s going to
risk the worst by straying from it. If you want an honest opinion, go
ask one of your girls instead.

Our experts say this man-lie delivered over the phone means he wants to
get you off ASAP so he can spend more time with his buddies. The thing
is, even if he says it three times in a night, each time he believes it,
Goldsmith says. It’s like when you vow this will be your last
cookie…five times in a row.

According to experts, this go-to fib is all about avoiding drama and
protecting male pride. Men know they’re not as good with articulating
what’s happening or how they’re feeling, so it’s easier for them to just
keep you out of the situation. Next time he uses this line, give him a
couple days and then ask him again if he is still bummed…and why. By
then he may have figured things out.

Tension in Ebonyi community as over 40 persons killed, others on the run