Nigerians sha! There is this news going viral that a bomb was discovered today in a room at Reliance Hotel located on Emina Crescent, off Toyin Street, Ikeja, Lagos. According to the rumour,  three men slept
in the hotel last night and checked out this morning but left behind a
package. The package which was later discovered to be a bomb, was found
when the hotel housekeeper went in to clean the room. The hotel promptly alerted the anti-bomb squad who cordoned off the area for hours working feverishly to defuse the bomb. (Hehehe#, see movie script oh!)

After it was defused, the bomb was reportedly brought out of the hotel before being taken away in a blue vehicle. The funny aspect of the rumour goes “we are awaiting some form of confirmation from police authorities on this incident.” (confirmation ko, confirmation ni, rumour mongers!)
What alerted me was the fact that while the rumour was going viral, local media almost got me confused with the “use of English words”…while some were saying “Police Detonated Bomb in certain Hotel..”

Senator Elisha Abbo too sick to attend court trial over assault of woman
some said “Police defused
bomb in…” Well, thankGod for Google, Wikipedia and Oxford dictionary, To Detonate and To Defuse do not have the same meaning…you can check it out for yourself.
I specifically sent a friend of mine who works around the reported Ikeja ‘Bomb scare Scene’ to confirm the incident and when he did, he said that nothing of such happened, adding that the place was calm with people moving around normally…
Minutes ago, Rhythm 93.7 also
confirmed the rumour to be false…
It’s so disheartening that some respected
Nigerian online media can spread such rumours!!! Nawa oh…

By Tireni Adebayo
And here goes my diary for the week:
I often wonder why people go to the cinemas to watch movies
or tune in to tv stations to watch soap operas when life itself is all about
drama. 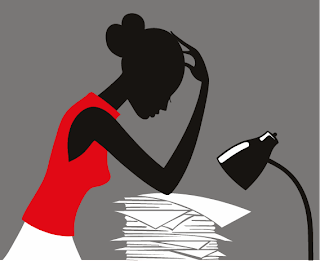 For instance, you are in the middle of a beautiful dream and
your alarm starts to ring ‘wake up, it’s morning’…the fact that you hiss and
put off the alarm is drama. Say minutes later you wake up and you realize you
are damn late for work or wherever it is that you are supposed to go, so you
jump out of bed, hurriedly brush your teeth, say a quick word of prayer or two
Click to Continue Reading
News

To honour the Icon, who is known fondly by his clan
name Madiba, South Africa's schoolchildren sang happy birthday to Nelson
Mandela. 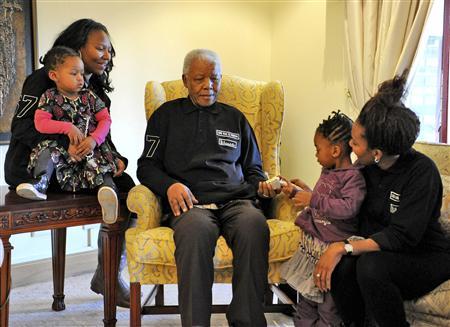 The nation's 12 million schoolchildren
began their day with a special birthday song, ringing with the line: "We
love you father. As we celebrate his birthday, we remember that he
fought for us in the struggle. The struggle was to fight apartheid,"
said 12-year-old Kgaugelo Masunhloane at...