Ghanaian President Dr. John Evans Fifii Atta Mills has been reported
dead by local radio stations in Ghana. The cause of his dead is not yet
known. I will bring you details of same as I receive them from
credible sources. 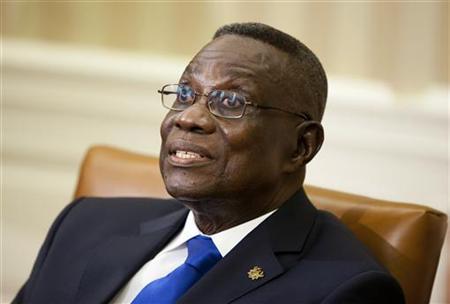 He
was inaugurated on 7 January 2009, having defeated the ruling party
candidate Nana Akufo-Addo in the 2008 election. He was Vice-President
from 1997 to 2001 under President Jerry Rawlings, and stood
unsuccessfully in the 2000 and 2004 presidential elections as the
candidate of the National Democratic Congress (NDC).

Goldie apologizes to Nigerians for her 'shameful' misconduct in BBA