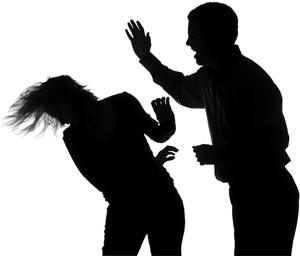 hehehe#  Guys, it is now a criminal offence in Lagos-Nigeria for a man to desert any woman he
impregnates.

The State Attorney General, Ade Ipaye, who made the declaration on Tuesday at a sensitisation programme on ‘Criminal Law of Lagos State,
2011’ and ‘Administration of Criminal Justice Law, 2011’, “the
law was enacted to protect pregnant women and their babies…the new law makes it criminal for a man to refuse to
contribute to the ante-natal and post-natal expenses of a woman he
impregnated.”

“Any person who impregnates a woman or girl and fails, refuses or
neglects to contribute to maternity related cost from ante-natal or
post-natal stages, is guilty of an offence under section 277 of the
Criminal Law of Lagos State and is liable to face the wrath of the law,”
Ipaye said.
Ipaye said the old law handed down by the British Colonial
Government was outdated, as it mainly reflected the values of the
colonial administration.

Original Staff of Office of the Oba of Lagos is still missing, 10 million bounty placed | Video

He however stressed that the new law has replaced the Criminal Code
Law of Lagos State Cap.C17 Laws of Lagos State of Nigeria, 2003,
introduced in Southern Nigeria in 1914.

80% of Internet users in Nigeria cannot do without facebook and Google for a day!!!

By Tireni Adebayo
Facebook fans and users, a recent survey has shown that 80% of you (including me, *winks*) cannot go without facebook for more than 24 hours, that is, a day!(yeah i know, i am one of the 80%). Also, google is basically becoming a household name (lol#). Someone once said, "I wonder what would have...
Click to Continue Reading

80% of Internet users in Nigeria cannot do without facebook and Google for a day!!!
Beyonce writes Micheal Jackson a ‘beautiful’ letter
To Top