Lawmaker, Hon. Farouk Lawan has responded to all the allegations against him by saying “…this last trial is a trial from God and I believe that in the end, I shall prevail. God is trying me and he will soon vindicate me”
Anyways, an in-house source has disclosed that “Nigerians will reel with laughter if they ever get to watch the video where Farouk Lawan was accepting the bribe from Otedola. It is
on the one hand hilarious and on the other, shameful”
In the video, Lawan was clearly seen stuffing wads
of dollar bills into his pocket, when his pocket was full, to the utter shock
of all those who have seen the damning video, he removed his cap and concealed
the remaining wads of dollar bills inside it and replaced the cap on his head. (Too bad)
According to the source in the security services, on
the first visit, he had lunch with Otedola where the amount to be paid was
negotiated and eventually agreed on.
Investigations revealed that Lawan’s resort to stuffing the money in
his pockets and cap was done to avoid arousing suspicion from Otedola’s
domestic help who would have seen him entering the house empty handed and
coming out carrying a bulging envelope.
However, unknown to him, a surveillance video camera carefully installed by the
SSS was recording all his actions.” 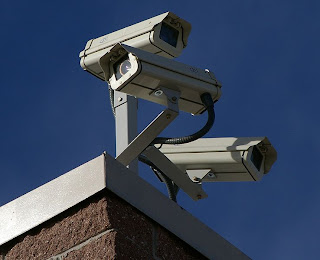 In the meantime, here goes an ‘hilarious’ wonderful piece about Nigeria and its corrupt leaders (and how Farouk got into trouble), written
by Ogunyemi Bukola (Zebbook) of www.omojuwa.com. It got me giggling *winks*.

Enjoy…
The Gospel According To ‘Saint’ Farouk By Ogunyemi Bukola
(Zebbook) ...this is why I brought the Kardashians to my show - Oprah Winfrey

Mr Eazi reveals what he wants to do with the car Femi Otedola bought for his girlfriend, Temi

Davido, Don Jazzy, others react as Otedola buys three Ferraris for his daughters