When a couple that has been married for 16 years suddenly decide to live as ‘unmarried singles’ under the same roof, then there is fire on the mountain. This is exactly what happened in the romantic-comedy Movie, Mr and Mrs,  produced by Chinwe Egwuagu and directed by Ikechukwu Onyeka.

Mr & Mrs tells the story of couples whose marriages are constantly threatened by economic and social divisions in the society they find themselves.

Delectable Joseph Benjamin plays Kenneth Abbah, a proud son of a rich politician, who is ashamed of his wife’s family background, thus confines her to the kitchen, a place he strongly believes she belongs.

Amiable screen idol, Nse Ikpe Etim plays the enduring wife, who would do anything to make her husband happy especially when it comes to ‘food’, but yearns for ‘freedom’ (Freedom of not being an housewife). She soon realizes that she is being taken for granted and takes the bull by the horn by choosing to confront her husband. On confronting her husband, she gets a ‘I want a divorce’ response.
The couple decide to part ways but agree to remain co-tenants till after Ken’s dad wins an on-going election he is campaigning for.

As the movie unfolds, the couple start to play games by making each other jealous; however, after the cat and dog game, Ken misses his wife and her delicious meals but would he be able to swallow his pride and agree to her terms?
The movie also talks about another couple Linda and Charles played by
the duo of Thelma Ojiji and Paul Apel who seemingly have a perfect
marriage until Linda begins to take her husband for granted because she
takes care of all the bills in the home.

I particularly enjoyed the comedic ‘cat&dog game’ played by Joseph Benjamin and Nse Etim; as a matter of fact, I think Nse Etim deserves a thumbs up for her well-interpreted role and for carrying everyone along all through the movie. It is no surprise that when Mr &Mrs stormed the cinemas some weeks ago,  it was high in demand.

However, I feel the Linda and Charles relationship wasn’t convincing enough. The husband’s character wasn’t convincing enough, someone else should have played the role.
Also, Ken and Susan kept referring to their kids all through the movie but it’s sad that we didn’t get to see the kids or at least a photo frame of the family.
In conclusion, I say ‘Mr and Mrs is a good movie, it’ll keep you glued to your seat till the end.
Other cast members include, Babara Soky, Thelma Okodua, Paul
Apel, Chioma Nwosu and Mpei Mapetla. Also, popular music act, J Martins did the soundtracks for movie. 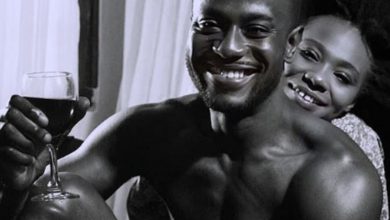 Women of nowadays know nothing about love – Nollywood actor 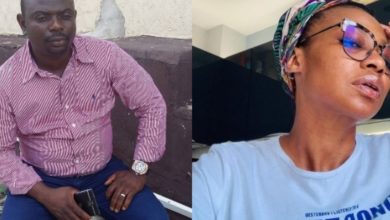