Foremost Chinese actor, Jackie Chan has announced his retirement from
action roles in movies to play normal roles, citing old age and
increasing violence in the world.
The 58-year-old admitted he was ‘too old’ for his famed stunts and increasing violence in the world had put him off.
The
actor who made his name as a martial arts hero with a comic edge in
about 100 movies, made the announcement on Friday at the on-going Cannes
Film Festival. Asked why he had decided to stop making action
films he said the physical strain had become too much, explaining that
he felt “really, really tired” and that “the world is too violent right now.”
Speaking at the launch of his new production Chinese Zodiac at the Cannes Film Festival, Chan said it would be his final performance as an action hero.
According
to the Chinese action hero “the world is too violent right now. It’s a
dilemma – I love fighting. I like action but I don’t like violence.” 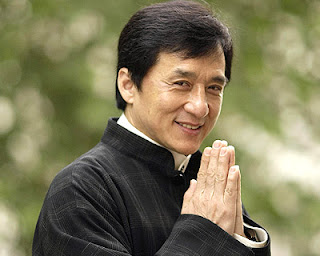 He
has previously hinted that he would step back from action films, but he
confirmed at the movie festival that his decision is now final.
Noting
that he will still be acting for many years to come, the screen legend
said he wanted to take on more serious roles and emulate the success of
American actors such as Robert De Niro.
“I want the audience to know I am not just about fighting. I can also act.”
“I don’t just want to be an action star, I want to be a true actor. I want to get rid of my image” he said.
Jackie
Chan has been a darling of Hollywood because of his comic approach to
martial arts, which always make huge success at the box office.
Chan had hits with the Police story, Rush Hour franchise, Rumble In The Bronx, and Shanghai Noon.
More
recently, he voiced Master Monkey in Kung Fu Panda and played a Mr
Miyagi- type mentor in the remake of The Karate Kid in 2010.
His
latest movie is the third in his Armour of God series, which sees his
character search for the ‘lost’ 12 bronze heads of the Chinese Zodiac.

For bringing COVID-19 to the world, Oby Ezekwesili wants China to do this for Africa

China speaks on sponsoring 7 Nigerian artistes to its country

Sex doll now made in the likeness of someone you admire

I almost retired from Super Eagles due to death threats – Ighalo

Strongest storm of the year, Typhoon Mangkhut sweeps through Asia, leaves over 50 dead